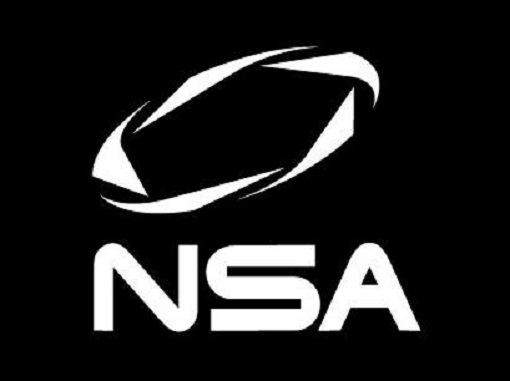 Well, it has been the $64,000 question for a couple of decades: Can NSA break something like PGP?

While there might be other black world technologies that could be up to the task (there’s no way to know), what we do know is that a practical quantum computing capability would be, for all intents and purposes, the master key.

I’m pretty confident that NSA has this capability and here’s why: IBM Breakthrough May Make Practical Quantum Computer 15 Years Away Instead of 50. There is no hard constant that one can point to when considering how much more advanced black world technologies are than what we think of as state of the art, but if IBM is 15 years away from building a useful quantum computer, it’s not a stretch to assume NSA has that capability already, or is close to having it.

Bamford lays out a narrative below about the “enormous breakthrough,” but, at the end of the day, it’s conventional computers. There’s no mention quantum computers, or even the far less “out there” photonic systems.

Is Bamford’s piece a limited hangout?

Maybe, but it makes for interesting reading in any event.

Note: For some reason, Bamford refers to Mark Klein as, “A whistle-blower,” without naming him. Because of Mark Klein, we know, for sure, that the mass intercepts are happening, how NSA is doing it, the equipment involved, etc. So, thanks, Mark Klein. Heroes have names on Cryptogon.

One of the first measures of tradecraft, as any good spy will tell you, is being able to tell when something just doesn’t add up. So when Joan Dempsey said she had some 49 years of experience in various roles in the military and intelligence communities, one has to wonder. She hardly looks it, but after spending some 25 years in the U.S. Navy, seven more at the CIA, and another 17 at the Pentagon in a variety of intelligence leadership positions, Dempsey swears it’s true, which means she is one of the few women in the intelligence community with nearly half a century of government experience, which has included, over the years, a number of “firsts.”

“I think that’s a huge growth area in intelligence, the big data analysis kinds of things, quantum computing which, I mean, we’re a few years away from realizing real quantum processing and quantum computing. And I mean these are areas that are going to have profound effect on every aspect of our lives, but certainly on the intelligence.

Under construction by contractors with top-secret clearances, the blandly named Utah Data Center is being built for the National Security Agency. A project of immense secrecy, it is the final piece in a complex puzzle assembled over the past decade. Its purpose: to intercept, decipher, analyze, and store vast swaths of the world’s communications as they zap down from satellites and zip through the underground and undersea cables of international, foreign, and domestic networks. The heavily fortified $2 billion center should be up and running in September 2013. Flowing through its servers and routers and stored in near-bottomless databases will be all forms of communication, including the complete contents of private emails, cell phone calls, and Google searches, as well as all sorts of personal data trails—parking receipts, travel itineraries, bookstore purchases, and other digital “pocket litter.” It is, in some measure, the realization of the “total information awareness” program created during the first term of the Bush administration—an effort that was killed by Congress in 2003 after it caused an outcry over its potential for invading Americans’ privacy.

But “this is more than just a data center,” says one senior intelligence official who until recently was involved with the program. The mammoth Bluffdale center will have another important and far more secret role that until now has gone unrevealed. It is also critical, he says, for breaking codes. And code-breaking is crucial, because much of the data that the center will handle—financial information, stock transactions, business deals, foreign military and diplomatic secrets, legal documents, confidential personal communications—will be heavily encrypted. According to another top official also involved with the program, the NSA made an enormous breakthrough several years ago in its ability to cryptanalyze, or break, unfathomably complex encryption systems employed by not only governments around the world but also many average computer users in the US. The upshot, according to this official: “Everybody’s a target; everybody with communication is a target.”

In the process—and for the first time since Watergate and the other scandals of the Nixon administration—the NSA has turned its surveillance apparatus on the US and its citizens. It has established listening posts throughout the nation to collect and sift through billions of email messages and phone calls, whether they originate within the country or overseas. It has created a supercomputer of almost unimaginable speed to look for patterns and unscramble codes. Finally, the agency has begun building a place to store all the trillions of words and thoughts and whispers captured in its electronic net. And, of course, it’s all being done in secret. To those on the inside, the old adage that NSA stands for Never Say Anything applies more than ever.

The data stored in Bluffdale will naturally go far beyond the world’s billions of public web pages. The NSA is more interested in the so-called invisible web, also known as the deep web or deepnet—data beyond the reach of the public. This includes password-protected data, US and foreign government communications, and noncommercial file-sharing between trusted peers. “The deep web contains government reports, databases, and other sources of information of high value to DOD and the intelligence community,” according to a 2010 Defense Science Board report. “Alternative tools are needed to find and index data in the deep web … Stealing the classified secrets of a potential adversary is where the [intelligence] community is most comfortable.” With its new Utah Data Center, the NSA will at last have the technical capability to store, and rummage through, all those stolen secrets. The question, of course, is how the agency defines who is, and who is not, “a potential adversary.”

According to Binney—who has maintained close contact with agency employees until a few years ago—the taps in the secret rooms dotting the country are actually powered by highly sophisticated software programs that conduct “deep packet inspection,” examining Internet traffic as it passes through the 10-gigabit-per-second cables at the speed of light.

The software, created by a company called Narus that’s now part of Boeing, is controlled remotely from NSA headquarters at Fort Meade in Maryland and searches US sources for target addresses, locations, countries, and phone numbers, as well as watch-listed names, keywords, and phrases in email. Any communication that arouses suspicion, especially those to or from the million or so people on agency watch lists, are automatically copied or recorded and then transmitted to the NSA.

The scope of surveillance expands from there, Binney says. Once a name is entered into the Narus database, all phone calls and other communications to and from that person are automatically routed to the NSA’s recorders. “Anybody you want, route to a recorder,” Binney says. “If your number’s in there? Routed and gets recorded.” He adds, “The Narus device allows you to take it all.” And when Bluffdale is completed, whatever is collected will be routed there for storage and analysis.

According to Binney, one of the deepest secrets of the Stellar Wind program—again, never confirmed until now—was that the NSA gained warrantless access to AT&T’s vast trove of domestic and international billing records, detailed information about who called whom in the US and around the world. As of 2007, AT&T had more than 2.8 trillion records housed in a database at its Florham Park, New Jersey, complex.

Verizon was also part of the program, Binney says, and that greatly expanded the volume of calls subject to the agency’s domestic eavesdropping. “That multiplies the call rate by at least a factor of five,” he says. “So you’re over a billion and a half calls a day.” (Spokespeople for Verizon and AT&T said their companies would not comment on matters of national security.)

After he left the NSA, Binney suggested a system for monitoring people’s communications according to how closely they are connected to an initial target. The further away from the target—say you’re just an acquaintance of a friend of the target—the less the surveillance. But the agency rejected the idea, and, given the massive new storage facility in Utah, Binney suspects that it now simply collects everything. “The whole idea was, how do you manage 20 terabytes of intercept a minute?” he says. “The way we proposed was to distinguish between things you want and things you don’t want.” Instead, he adds, “they’re storing everything they gather.” And the agency is gathering as much as it can.

Once the communications are intercepted and stored, the data-mining begins. “You can watch everybody all the time with data- mining,” Binney says. Everything a person does becomes charted on a graph, “financial transactions or travel or anything,” he says. Thus, as data like bookstore receipts, bank statements, and commuter toll records flow in, the NSA is able to paint a more and more detailed picture of someone’s life.

The NSA also has the ability to eavesdrop on phone calls directly and in real time. According to Adrienne J. Kinne, who worked both before and after 9/11 as a voice interceptor at the NSA facility in Georgia, in the wake of the World Trade Center attacks “basically all rules were thrown out the window, and they would use any excuse to justify a waiver to spy on Americans.” Even journalists calling home from overseas were included. “A lot of time you could tell they were calling their families,” she says, “incredibly intimate, personal conversations.” Kinne found the act of eavesdropping on innocent fellow citizens personally distressing. “It’s almost like going through and finding somebody’s diary,” she says.

Sitting in a restaurant not far from NSA headquarters, the place where he spent nearly 40 years of his life, Binney held his thumb and forefinger close together. “We are, like, that far from a turnkey totalitarian state,” he says.

Meanwhile, over in Building 5300, the NSA succeeded in building an even faster supercomputer. “They made a big breakthrough,” says another former senior intelligence official, who helped oversee the program. The NSA’s machine was likely similar to the unclassified Jaguar, but it was much faster out of the gate, modified specifically for cryptanalysis and targeted against one or more specific algorithms, like the AES. In other words, they were moving from the research and development phase to actually attacking extremely difficult encryption systems. The code-breaking effort was up and running.

The breakthrough was enormous, says the former official, and soon afterward the agency pulled the shade down tight on the project, even within the intelligence community and Congress. “Only the chairman and vice chairman and the two staff directors of each intelligence committee were told about it,” he says. The reason? “They were thinking that this computing breakthrough was going to give them the ability to crack current public encryption.”