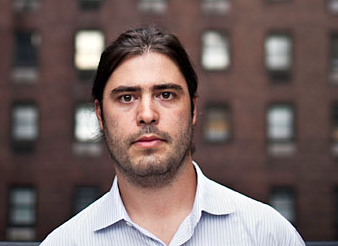 He is also a Graduate Fellow at the Center for Applied Cybersecurity Research, and a Ph.D. Candidate in the School of Informatics and Computing at Indiana University.

His research is generally focused on the topic of online privacy. This includes both consumer issues (such as online tracking) as well as government surveillance. His Ph.D dissertation is focused on the role that companies play in either resisting or facilitating surveillance of their customers.

He has used the Freedom of Information Act and several other investigative techniques to shed light on the scale of and the methods by which the US government spies on Internet communications and mobile telephones. This work has been cited by (pdf) the 9th Circuit Court of Appeals, and featured on the Colbert Report.

He was the first ever in-house technologist at the Federal Trade Commission (FTC)’s Division of Privacy and Identity Protection. Prior to his year in government, he created a privacy enhancing browser add-on that was downloaded more than 700,000 times in its first year before he sold it to Abine, Inc.

He has worked at or interned with the Berkman Center for Internet & Society at Harvard University, the American Civil Liberties Union (ACLU) of Northern California, NTT DoCoMo Euro Labs, Google, Apple and IBM Research Zurich.