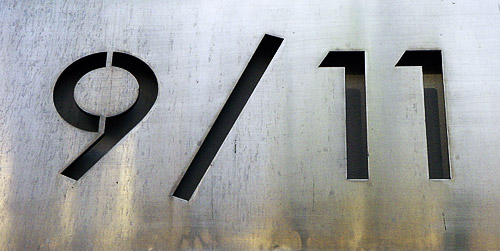 The world must apologize to 9/11 truth-tellers.

The reason why there is so much hate and scorn for 9/11 truth activists is because they are right and consistent. The destruction of the 9/11 myth and war on terror ideology is unbearable for the children who are emotionally, spiritually, and psychologically attached to the U.S. government and the Israeli government. They are under the delusion that these evil governments actually care about them, their security, and their future.

The mature men and women of America and the West are waking up and confronting the lies of 9/11 and 7/7. And this political awakening is not unique to America and Western civilization. There is a global political and spiritual awakening happening. All totalitarian regimes in the world will fail in hijacking history and they will fall into ruin. The state terrorists in Washington, London, and Tel Aviv have already lost the battle for history and the souls of mankind.

Alternative accounts of history and reality under totalitarian regimes have always been denounced by regime political mouthpieces as crazy and conspiratorial. And they always failed because truth and history were not on their side. The crazy and the conspiratorial were proven right in the end. This is what history shows, and especially the history of the demonic 20th century. So we should have hope and continue to speak the truth about 9/11 to wake up as many people as possible before the U.S. and Israeli governments blow up the whole world.

“Think Progress is a little more than a PR firm for the Obama administration. No wonder they are so terrified that thanks to traffic from Drudge, the likes of Infowars and World Net Daily have grown to become two of the most visible anti-Obama news outlets on the web.

Think Progress claims it is upset that Drudge is promoting what they call “conspiracy theories,” but in reality the root of the anger is that Drudge is providing a platform for some of the Obama administration’s most ardent critics.”

Think Progress is not worth talking about. It is an irrelevant thought-control political operation. Their reporters defend myths and fallacies while putting down truth-tellers as conspiracy theorists. What they are doing is not only unjust but just plain stupid. They are embarrassing themselves. It is actually very sad.

Truth is more powerful than totalitarian propaganda. The mainstreaming of the 9/11 truth movement is unstoppable. 9/11 truth deniers should rejoin reality and admit that it is wrong to defend the official conspiracy theory that was spread by the Bush administration and Israeli government quickly after the traumatic events.

III. The Religious Nature of The 9/11 Deception and Propaganda

Author and Christian theologian David Ray Griffin explained why the belief in the official conspiracy theory of 9/11 is religious in nature in his lecture in October 2007 called, “9-11 and Nationalistic Faith.” Griffin was recently interviewed by Jan Frel of AlterNet in an article called, “David Ray Griffin: How a Retired Theologian Became a High-Priest of the 9/11 Truth Movement.” Describing Dr. Griffin as a “High-Priest,” suggesting that the 9/11 truth movement is somehow a new age mystery cult, is really aiming low.

9/11 truth has nothing to do with religion or priests. Scientific facts are the basis of the movement. Architects, engineers, chemists, scientists, and university professors are the leading spokespeople. Religious figures like Dr. Griffin have contributed great wisdom and understanding but to imply that the 9/11 truth movement is led by “priests” is a lie.

Priests are nowhere to be found in the 9/11 truth movement and that’s okay because they are not needed. They are too busy defending evil empires on the pulpit and sacrificing moral principles for temporary power. Their days as the rulers of the spiritual life of Western civilization have come and gone.

Dr. Griffin is a noble exception, but, in general, Christianity has proven to be useless, corrupt, stupid, blind, and power-driven. The same is true for every other moronic religion that makes individuals submit their heart and soul to a corrupt clergy. The majority of Christians are too obsessed about the second coming and the holiness of Israel to really understand that 9/11 was an inside job committed by the occult elite in America and Israel. They don’t want to admit that the criminal wars in the Middle East have nothing to do with defending the security of USrael.

What do priests and religious idiots offer humanity and the world? Nothing. They are absent in the battle for souls and the battle for freedom because they are corrupt, blind, and stupid. Expecting Christians to fight the totalitarian state and liberate America is laughable. I’m generalizing here, but Christians, Muslims, and religious Jews are the most tyrannical, greedy, hypocritical, hateful, soulless, and ungrateful people in the world. They want to have a monopoly on the human soul and human mind. What maniacs! And the totalitarian priests who head the CIA and Mossad are just as crazy and demented because they also want to monopolize the thoughts of citizens and control the growth of society.

The role of blind religious faith in preventing people from seeing the truth about 9/11 is big. American Christians, who have bought USrael’s propaganda and blindly accept the official 9/11 story, feel no shame in calling for the destruction of Iran and the Muslim world. They make me sick. They don’t realize that they’re bringing destruction upon themselves by calling for the destruction of other nations and civilizations. As they say, what goes around comes around. If warmongering American Christians want death and destruction so much then they will get it in plenty, except the fires of hell won’t burn in the Middle East alone, but in America as well.

Who is trying to stop World War III and wake the West up from its sleep? Progressives? No. Liberals? No. Conservatives? No. Christians? No. Journalists? No. They all believe in the official 9/11 deception, which is the ideological foundation that justifies USrael’s aggressive wars in the Middle East.

9/11 truth-tellers, the “conspiracy theorists,” have tried to wake up humanity in order to stop the USraeli government from starting the catastrophe of world war three. And for their efforts they have been slandered and smeared in the press. But the 9/11 truth movement still continues to grow by the day.

There is a simple reason why the rise of 9/11 truth cannot be contained by the USraeli government, and it is this: the age of slandering and smearing is over. Belittling people by calling them mentally ill conspiracy theorists and truthers is not working anymore. We embrace these terms. We are proud of being called conspiracy theorists because it means we’re thinking.

Slandering and smearing Infowars and other alternative news websites is futile. It is a waste of time. Censorship, disinformation, and propaganda are failing. The global free market and global civil society have spoken. People want the news, not smears; truth, not lies; facts, not totalitarian propaganda; freedom, not tyranny; peace, not war.

The Excavator
Related:
We Are All Conspiracy Theorists Now: The Mainstreaming of 9/11 Truth
The Evaporation of Darkness: Mass Deprogramming And The End of The 9/11 Consensus
A Radical Rethinking of Conspiracy Theories Is Underway Globally