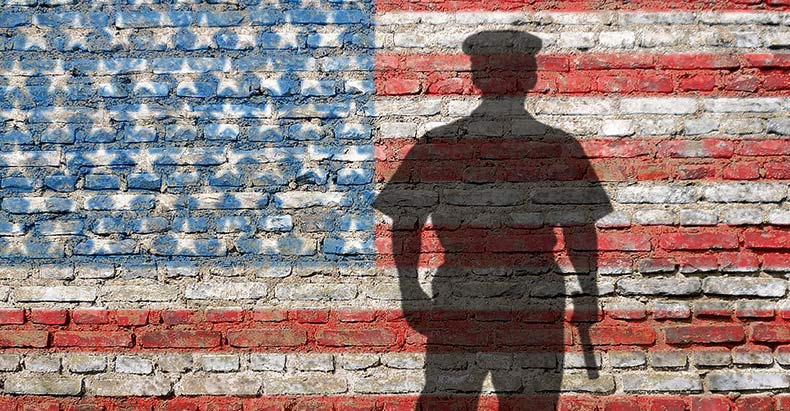 If you were murdered today, there’s only a 60% chance of police catching the person who did it. That number drops to 3% if you’re raped. 50 years ago, that number was much higher. What happened?

Despite overwhelming disapproval from the public, the war on drugs wages on and we are witnessing the inevitable materialization of a fascist police state before us.

The irony here is that no matter how much money the state steals from us to fund themselves, and no matter how many tanks or AR-15s they acquire, they are solving far fewer crimes than before.

Police aren’t getting any closer to “winning” this ridiculous and immoral war on drugs either.

So, why aren’t police solving crimes?

The answer to that question can be found by looking at where police allocate much of their time and resources.

This decline is in spite of there being far fewer murders. It is also in spite of new technological developments to help police solve crimes, like DNA testing, advanced forensic labs, and unethical spying devices like the stingray.

Despite the near complete erosion of the constitutional protections against unlawful search and seizure, the clearance rate for murder continued its free fall. This highlights the fact that no matter how many rights are given up or freedoms diminished, police cannot guarantee your safety.

It’s not just murders that police fail to investigate, it’s rapes too.

According to the Department of Justice, there are currently over 400,000 untested rape kits collecting dust in police evidence rooms nationwide, and many other estimates suggest that this number could be as high as one million.

As a result of this horrific negligence, roughly 3% of rape cases in America are actually solved. This is in spite of the fact that many rape kits have a high chance of leading to an arrest since most rapists are career criminals who have their DNA on file.

In some cases, the victims even know who their attackers were, but they can not prosecute these criminals because the evidence has yet to be processed by police.

It’s not that police are incapable of solving these crimes either; they’re just not interested in doing so.

“Take for example, homicides of police officers in the course of their duty,” University of Maryland criminologist Charles Wellford points out. On paper, they’re the kind of homicide that’s hardest to solve — “they’re frequently done in communities that generally have low clearance rates … they’re stranger-to-stranger homicides, they [have] high potential of retaliation [for] witnesses.” And yet, Wellford says, they’re almost always cleared.

This lack of solving crimes coupled with the increase in shakedowns of non-violent citizens has created a rift between the rest of society and police.

“One of the consequences of the war on drugs is people have stopped looking at police as their protectors and more see them as their potential persecutors,” explains Sean Dunagan, Former DEA Senior Intelligence Specialist.

The war on drugs has driven a wedge between citizens and police. If you keep locking up millions of people for victimless crimes, eventually you’ll effect enough lives to vastly tarnish your reputation.

“The police department basically becomes the “other” to the community. Once you have that breakdown, then information stops flowing, so you don’t learn about crimes. And the only crime you become interested in is the one you can solve, which is locking up people up for using drugs,” says Ed Burns, Former Baltimore Narcotics and Homicide Detective.

Locking up drug users has proven to be quite the profitable venture.

It is much easier to walk out on the street corner and shakedown a teenager who may have an illegal plant in his pocket than it is to examine the evidence in a rape or murder case. The so-called “Private” Prisons know this and have subsequently found their niche in this immoral war on drugs.

The term Private Prison is a farce from the get-go.

A truly Private prison would not be solely funded by taxpayer dollars. These Private prisons are nothing more than a fascist mixture of state and corporate, completely dependent upon the extortion factor of the state, i.e., taxation, as a means of their corporate sustenance.

A truly Private prison would have a negative incentive to boost its population for the simple fact that it is particularly expensive to house inmates. On the contrary, these fascist, or more aptly, corporatist prisons contractually require occupancy rates of 95%-100%.

The requirement for a 95% occupancy rate creates a de facto demand for criminals. Think about that for a second; a need or demand for people to commit crimes is created by this corporatist arrangement. The implications associated with demanding people commit crimes are horrifying.

Creating a completely immoral demand for “criminals” leads to the situation in which we find ourselves today. People, who are otherwise entirely innocent, are labeled as criminals for their personal choices and thrown in cages. We are now witnessing a vicious cycle between law enforcement, who must create and arrest criminals, and the corporatist prison system which constantly demands more prisoners.

The police and prison corporations know that without the war on drugs, this windfall of money, cars, and houses — ceases to exist.

If you want to know who profits from ruining lives and throwing marijuana users in cages, we need only look at who bribes (also known as lobbies) the politicians to keep the war on drugs alive.

Below is a list of the top five industries who need you locked in a cage for possessing a plant in order to ensure their job security.

What does it say about a society who’s resolute in enacting violence against their fellow human so they can have a job to go to in the morning?

The person who wants to ingest a substance for medical or recreational reasons is not the criminal. However, the person that would kidnap, cage, or kill someone because they have a different lifestyle is a villain on many fronts.

When does this vicious cycle end?

The good news is, that the drug war’s days are numbered. Evidence of this is everywhere. States are defying the federal government and refusing to lock people in cages for marijuana. Colorado and Washington state served as a catalyst in a seemingly exponential awakening to the government’s immoral war.

Following suit were Oregon, D.C., and Alaska. Medical marijuana initiatives are becoming a constant part of legislative debates nationwide. We’ve even seen bills that would not only completely legalize marijuana, but unregulate it entirely, like corn.

As more and more states refuse to kidnap and cage marijuana users, the drug war will continue to implode. We must be resilient in this fight.

If doing drugs bothers you, don’t do drugs. When you transition from holding an opinion to using government violence to enforce your personal preference, you become the bad guy.