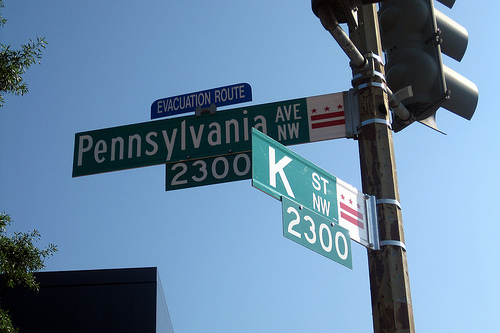 A federal investigation of an Iranian dissident group that has targeted a number of former government officials seems to have bypassed K Street.

Lobby firms and clients who have been working to remove the Mujahedin-e Khalq (MEK) — otherwise known as the People’s Mujahedin of Iran — from the State Department’s list of terrorist organizations told The Hill they have not been subpoenaed by federal authorities.

Former government officials such as Ed Rendell, the Democratic ex-governor of Pennsylvania, and Gen. Hugh Shelton, former chairman of the Joint Chiefs of Staff, have come under scrutiny from federal investigators over the speaking fees they were paid to deliver speeches supporting MEK, according to press reports.

Subpoenas have reportedly been issued for Rendell, Shelton and others.

But lobby firms that have worked to legitimize MEK in the United States said the investigation hasn’t reached them.

Victoria Toensing, a founding partner of diGenova & Toensing, said her firm has not received a subpoena and doesn’t expect to.

“Why would I receive a subpoena?” Toensing said. “I was paid by individuals who are Americans and live in Texas. They are not on the terrorist list.”
Toensing’s firm was paid $110,000 by the Iranian-American Community of North Texas before the lobbying registration was terminated last year, according to lobbying disclosure records.

Toensing said she was “furious” about the reports that former government officials who have spoken in favor of MEK have been subpoenaed.

“They have used government authority to subvert the First Amendment,” Toensing said. “When a government violates a court order, are we not allowed to speak out against them?”

Toensing was referring to a federal court ruling from July of 2010 that required the State Department to review its designation of the MEK as a terrorist group.

Supporters argue MEK was placed on the list in 1997 by the Clinton administration to help improve relations between the United States and Iran.

Homeira Hesami, president of the Iranian-American Community of North Texas, also said her group has not been subpoenaed. She called the investigation “a smokescreen” by the State Department, which she believes is stalling on reviewing the group’s designation as a terrorist organization.

“I am reminded of an adage: ‘If you don’t like the message, shoot the messenger.’ This is a smokescreen and an obvious attempt by the State Department to sidestep the principal issue,” Hesami said. “This is a clear case of abuse of power.”

According to the State Department, MEK was founded in the 1960s by college-educated Iranian Marxists who opposed the shah of Iran. In 1981, the group attempted to overthrow the new Islamic regime. State says the group was also behind several terrorist attacks in the 1970s that killed Americans in Iran.

MEK supporters say the organization today is pursing freedom and democracy and is not engaged in terrorism. They also deny it was ever Marxist or had a role in the attacks that killed Americans. U.S. backers of MEK say the group’s opposition to the Iranian regime could help the United States as tensions grow over Iran’s nuclear program.

Over the past year, the push to remove MEK from the terrorist list has become an attention-grabbing public campaign, involving legal action, lobbying, TV ads and speeches by big names in politics.

It has also reportedly triggered a federal investigation due to suspicion over who is paying for the ex-officials’ speeches. Receiving payments from a terrorist group, or providing services to one, can be against the law.

On March 9, the Washington Times reported that Rendell had received a subpoena for MEK payment records from the Treasury Department’s Office of Foreign Assets Control. This past Friday, MSNBC reported that speaking agencies representing former FBI Director Louis Freeh and Shelton had also been subpoenaed.

Others have lobbied to remove MEK from the terrorist-group list.

Akin Gump Strauss Hauer & Feld earned $290,000 in lobbying fees in 2011 from the Iranian-American Community of Northern California, according to lobbying disclosure records. Last quarter, former Reps. Vic Fazio (D-Calif.) and Bill Paxon (R-N.Y.) were among the lobbyists working to remove MEK from the list.

An Akin Gump spokesman said the firm has not received a subpoena from Treasury regarding its work on behalf of the client.

Ahmad Moein, executive director of the Iranian-American Community of Northern California, said his group has not received a subpoena.

Others have worked to draw attention to Camp Ashraf in Iraq, where more than 3,000 MEK members live. The Iraqi military has attacked the camp in the past, leaving several MEK members dead.

PR firm Brown Lloyd James signed a $40,000, two-month contract last year to bring attention to the camp. Ali Taslimi, an individual living in Germany, paid for the contract, which included distributing press releases, hosting a dinner for reporters and inviting media to a Paris conference on Camp Ashraf, according to Justice records.

In a statement, the firm said it had not been subpoenaed regarding its work on behalf of Taslimi, which has since ended.

“We understood that ‘delisting’ was one of the many issues tied to the broader humanitarian situation. We have not been contacted by any authorities concerning this work, which was brief, duly reported and ended nearly one year ago,” said Brown Lloyd James.

John Sullivan, a Treasury spokesman, declined to say whether any of the firms were under federal investigation.

“The Department of the Treasury does not comment on potential investigations,” Sullivan said. He also said that the MEK is a terrorist group and enforcement of sanctions are taken “seriously.”

“The MEK is a designated terrorist group; therefore, U.S. persons are generally prohibited from engaging in transactions with or providing services to this group. The Treasury Department takes sanctions enforcement seriously and routinely investigates potential violations of sanctions laws,” Sullivan said.

October 30, 2012 – DCMX Radio: After Hurricane Sandy Brings Police State, How to Party Like Goldman Sachs, The Meaning of Sacred Geometry