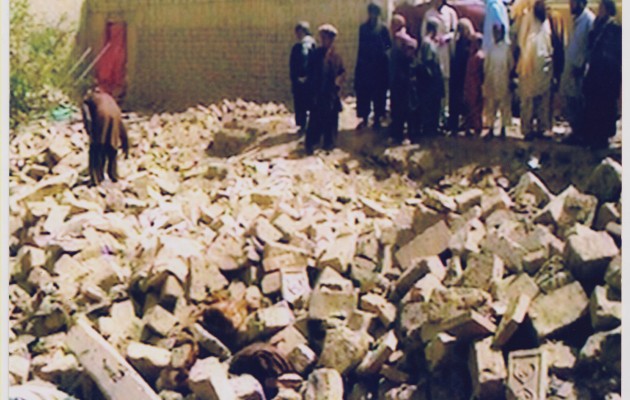 Two major investigations have provided fresh evidence that civilians are continuing to be killed in Pakistan’s tribal areas by CIA drones – despite aggressive Agency denials.

In a further case, in which an anonymous US official had previously attacked the Bureau’s findings of six civilian deaths in a 2011 strike, AP’s report has confirmed the Bureau’s work.

Anglo-American legal charity Reprieve has also filed a case with the United Nations Human Rights Council, based on sworn affidavits by 18 family members of civilians killed in CIA attacks – many of them children. Reprieve is calling on the UNHRC ‘to condemn the attacks as illegal human rights violations.’

New casualties
The Associated Press investigation, authored by the agency’s Islamabad chief Sebastian Abbot, represents one of the largest field studies yet into casualties of CIA drone strikes.

AP’s field reporter interviewed more than 80 local civilians in Waziristan in connection with 10 major CIA strikes since 2010. It found that of 194 people killed in the strikes, 138 were confirmed as militants:

The remaining 56 were either civilians or tribal police, and 38 of them were killed in a single attack on March 17, 2011. Excluding that strike, which inflicted one of the worst civilian death tolls since the drone program started in Pakistan, nearly 90 percent of the people killed were militants, villagers said.

In two of the ten cases AP has turned up previously-unreported civilian casualties.

On August 14 2010 AP found that seven civilians died  – including a ten year old child – alongside seven Pakistan Taliban. The deaths occurred during Ramadan prayers. Until now it had not been known that civilians had died in the attack. US officials told AP that its own assessments indicated all those killed were militants.

On April 22 2011, AP confirms that three children and two women were among 25 dead in an attack on a guest house where militants were staying. Three named eyewitnesses in the village of Spinwan confirmed that the civilians had died – two had attended their funerals.

Bureau findings confirmed
The AP investigation has also independently confirmed that six civilians died alongside ten Taliban in an attack on a roadside restaurant on May 6 2011.

Last year the Bureau’s field researchers in Waziristan identified by name six civilians killed in the attack by the CIA. An anonymous US official used the New York Times to mock the Bureau at the time: ‘The claim that a restaurant was struck is ludicrous.’

The study details a dozen drone strikes in Pakistan during President Obama’s time in office. Each is supported by witness affidavits, mostly from family members of civilians killed.

For example on Valentine’s Day 2009, just weeks after Obama came to office, a CIA drone attack struck a village in North Waziristan. Between 26 and 35 people died in the attack, nine of them civilians. One of those killed was an eight year old boy, Noor Syed. The complaint to the UNHRC draws on evidence from Noor’s father:

Maezol Khan is a resident of Makeen in South Waziristan, Pakistan. In the early morning of February 14, 2009, he and his son were sleeping in the courtyard of their home when a missile from a drone struck a nearby car. As a result of the explosion, a missile part flew into the courtyard, killing Maezol’s eight-year-old son. In addition, there were approximately 30 people killed or injured in the attack.

Another complaint reports that four civilians died on June 15 2011 when a CIA missile hit their car in Miranshah, North Waziristan.

Far from being Taliban, the men were a pharmacist and his assistant; a student; and an employee of the local water authority.

That attack so enraged local opinion that at the mens’ funeral their coffins were used to block the main highway in a spontaneous protest at CIA attacks.

Clive Stafford Smith, Reprieve’s director, said that the CIA was ‘creating desolation and calling it peace.’

The UN must put a stop to it before any more children are killed. Not only is it causing untold suffering to the people of North West Pakistan – it is also the most effective recruiting sergeant yet for the very ‘militants’ the US claims to be targeting.

Pakistan barrister Mirza Shahzad Akbar runs the Foundation for Fundamental Rights, and prepared the UNHCR submission. He told the Bureau:

‘The US needs to address the question of a large number civilian victims, and also has to respect the well established international laws and norm. The UN is the best forum to discuss drones-related humanitarian issue as well as its far reaching impact on world politics.’