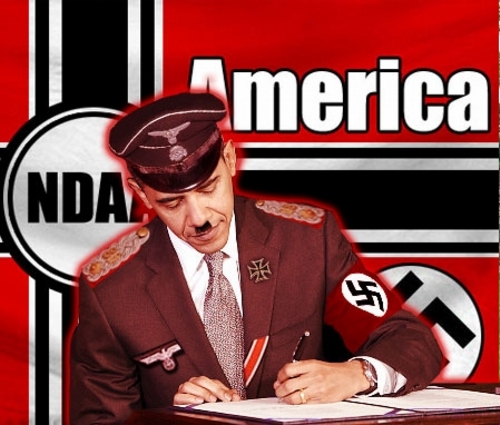 Just over two weeks ago, Khalid Sheikh Mohammed and other 9/11 terror suspects had a pre-trial hearing before the Guantanamo Bay commission. The judge presiding over the commission is Army Colonel James L. Pohl. Key issues argued were whether a forty-second daly between the press and courtroom was constitutional and whether the suspects could testify about being tortured by CIA interrogators or not.

John Knefel for The Nation traveled to Guantanamo Bay to cover the hearing. His dispatch on the proceedings he witnessed has been posted and it is worth reading.

As he reports, the court heard argument on ”whether the five co-defendants can be barred from testifying about their own experiences on the grounds that their thoughts, emotions and memories are classified information. The prosecution, on behalf of the government, has argued that all utterances by the accused should be “presumptively classified”—that is, every possible statement by should be treated as secret government information—but this request has since been weakened.”

He adds, “The prosecution’s argument is that the five defendants are in a “particularly credible position to confirm or deny” elements of the CIA’s rendition, detention and interrogation program. Having been tortured, they are in possession to describe it, and the government has clear incentives to keep them from doing so.”

The American Civil Liberties Union has opposed the effort to censor torture testimony. Hina Shamsi, director of the ACLU’s National Security Project, declares, “The government’s claim that it can keep from the public the defendants’ testimony about their ‘thoughts and experiences’ of torture is legally untenable and morally abhorrent.”

I was covering the latest hearing in the court martial of Pfc. Bradley Manning, the soldier accused of releasing classified information to WikiLeaks, when this was all unfolding weeks ago. I did not get a chance to highlight some of the government’s argument, but I think this is an appropriate opportunity to share some more of what the government’s argument is on classifying the memories of terror suspects. It nicely complements the totalitarian arguments proffered by government attorneys in support of the indefinite detention provision of the National Defense Authorization Act of 2012 and the FISA Amendments Act of 2008, which essentially legalized warrantless wiretapping that had been occurring under the administration of President George W. Bush.

Justice Department lawyer and deputy trial counsel for the prosecution Theresa Baltes stated in court on October 16 that an executive order issued by President Barack Obama was in force that authorized classification of “orally conveyed information that falls within the subsection of foreign or intelligence sources and methods.” Baltes was alluding to observations and memories of torture or, to use Vice President Dick Cheney’s phrase, “enhanced interrogation techniques.” The “intelligence sources” are the agents who tortured them. The “methods” are how they were tortured and that is not something the government thinks the press or American public should ever find out about.

Baltes said to Judge Pohl later in the proceedings on October 16 the government had originally proposed an order that required defense attorneys to treat everything their client said as classified, including details on what their client had for lunch a day or two ago. The order was narrowed to protect statements on what occurred while in CIA custody.

Navy Lieutenant Commander Kevin Bogucki, who represents former CIA captive and former translator for Osama bin Laden, Muhammad Rahim, tried to outline the draconian and preposterous nature of the government’s position. He argued, “When the government voluntarily exposes someone outside their control to information, they are voluntarily relinquishing control over that information.” For example:

..[L]et’s say we are just imagining, for the sake of argument, that there is a classified CIA assassination program and one of the agents in this program goes and attempts to take out a target but fails, wounds the target but doesn’t kill him. That victim is now unable to describe the circumstances of the assault upon him because it might tend to reveal the personnel involved in this secret program, the means by which this program executes its duties? Clearly that makes no sense. It doesn’t matter how secret they kept it when they were planning and when they were working through the techniques of this secret program. Once they decide to execute that program in the real world and expose people outside their control to the essentially mechanisms or the product of that planning, they have now relinquished control over that. And to simply say, well, it relates to the secret program and therefore you can’t talk about it, goes far beyond what can properly be classified… [emphasis added]

Judge Pohl, at one point in the proceedings, notes that the government is not seeking to classify all experiences and memories. They have sough to limit the classification to certain dates and places. Bogucki countered by arguing the information has to be owned, produced or under the control of the US government.

…Now, the only one of those that the government can even arguably rely upon is under the control of the United States Government. If you can go to the next slide, please. So again here, they are relying upon the prong that this statement is arguably under the control of the United States Government….Okay, but the only reason that they think they  have control over this information, the only reason that theythink that final prong is satisfied is because they are holding our clients essentially in isolation…

What Bogucki is suggesting is his client has been completely dehumanized. To the government, he is not a person. He is a vessel containing details that if disseminated would invite scrutiny or possibly undermined current operations or missions against terrorism. Therefore, this vessel cannot come in contact with other prisoners or else those prisoners might come into possession of this information that the government wishes to keep secret. So, Bogucki’s client must be held in solitary confinement and suffer under those conditions because some agents used classified methods of interrogation or torture on him.

Let’s return to Knefel’s piece. He puts this all into the larger context hinting at the reality that what the military commissions system is a second-class system of legal justice that has been constructed to ensure convictions. He also highlights how Obama says he intends to close Guantanamo but a person suspected of being involved in the Benghazi attack could potentially end up at Guantanamo. The moment new prisoners start arriving at Guantanamo under Obama is the moment that any more platitudes about closing Guantanamo are exposed to be completely hollow.

And Knefel writes, “The military commissions are just one piece of a larger, disturbing trend toward centralized presidential power with virtually no oversight or transparency.” He contends:

…The bigger problem is that a once radical idea—that the executive branch should have its own legal system to try so-called enemy combatants—has been normalized and codified under two separate administrations. Recent claims that the CIA and FBI are attempting to send a suspect in the Benghazi killing of Libya Ambassador Christopher Stevens to Guantánamo Bay underscore critics’ skepticism that military commissions will be a limited tool with a definite ending.

The same, of course, is true for the “War on Terror” more broadly, as evidenced by a chilling Washington Postreport on the “disposition matrix,” a counterterrorism tool that further entrenches the policy of “targeted killing” embraced by the Obama administration. As Spencer Ackerman writes, “Obama did not run for president to preside over the codification of a global war fought in secret. But that’s his legacy.” Indeed, as John Kiriakou, a whistleblower recently prosecuted for trying to shed light on the CIA’s torture program, knows too well, the Obama administration has charged more whistleblowers under the Espionage Act of 1917 than all previous presidents combined…

The case of Kiriakou is a kind of bookend to the first term of a president, who pledged to be different from Bush and then decided to be completely subservient to the national security state like previous presidents. Kiriakou was subjected to a prosecution for revealing the name of a covert agent involved in the RDI program, who multiple people in the human rights community are believed to have known. He was prosecuted after he went on television and said the CIA had an official policy of torture because it did use waterboarding on detainees. That the CIA did not like and it made him a target. The government went after Kiriakou and in the process destroyed his life and the lives of his wife and five children by putting them through a prosecution that has left him impoverished and ruined.

What has happened to the torturers? How many people who actually engaged in torture of terror suspects have you heard about, whose lives have been wrecked because they were savages toward human beings? How many people have you read about in the news who authorized this policy and now are in jail because they instructed people lower than them to engage in torture and sought to cover it up with crafty legal justifications?

The answer is none. The answer is nobody. The answer is the US government remains committed to concealing details on methods of torture that were used on people now imprisoned at Guantanamo because the continuity of government was more important to the Obama administration than justice. And, the classification of the experiences and memories of terror suspects is supported by the government so agents, who engaged in torture, do not go through the kind of life-wrecking experience Kiriakou did.