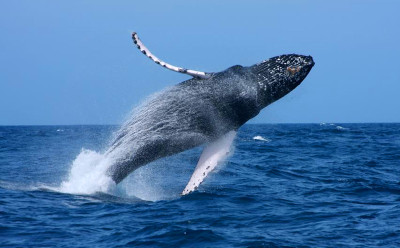 At first, the animal appeared to be dead, yet Fishbach investigated and quickly discovered that the poor creature was tangled in a fishing net.

The humans had to act fast; what began as a tragedy soon became a thrilling rescue as Fishbach and his crew labored to free the young whale.

The entire encounter was caught on videotape and later narrated by Fishbach himself.

Watch as the whale named Valentina by her rescuers goes from near death to freedom, then rewards her saviours with dozens of magnificent full-body breeches and tail flips.

Indeed, this video has the power to inspire action on behalf of other beings. In ways big and small, each of us can be the one who helps another.

Opportunities to be a hero for animals are all around. Where will your compassion take you next?