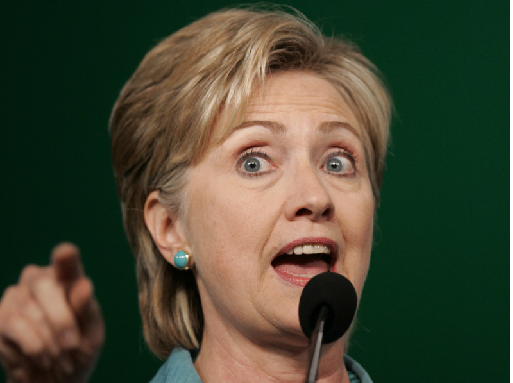 Hillary Clinton, the US secretary of state, has called for greater freedom of speech online and said that internet companies, such as Google, should refuse to support “politically-motivated censorship”.

Of course, it was never likely that she would come down in favour of politically-motivated censorship and against free speech. Furthermore, there was little in Mrs Clinton’s speech at the Newseum journalism museum in Washington DC to suggest any action would be taken against repressive regimes.

She called on the Chinese authorities to investigate the alleged cyber-attacks on Google and warned that countries restricting access to online information risk “walling themselves off from the progress of the next century”.

China is just one of the 12 “enemies of the internet” identified last year by press freedom campaigners Reporters Without Borders. The others are Saudi Arabia, Burma, Cuba, Egypt, Iran, North Korea, Syria, Tunisia, Turkmenistan, Uzbekistan and Vietnam.

Mrs Clinton singled out several of those countries, including Egypt, Saudi Arabia and Tunisia, for criticism in her speech, highlighting the growing censorship of the internet by repressive regimes.

Fortunately in most of these countries methods for circumventing government censorship are widely know and many people use internet cafes to do so. Still, that’s far from an ideal situation.

What can be done beyond calling on these countries to end their restriction of free speech? Perhaps Hillary Clinton could use America’s position as major trading partners with some of these countries to put pressure on their governments? Or, I suppose, she could just carry on delivering empty speeches.

The internet in general, and the worldwide web in particular, were set up with noble aims about freedom of information and free speech. Inevitably, these principles are being thwarted by countries which have little respect for them – a situation which Hillary Clinton’s blandishments are unlikely to change.