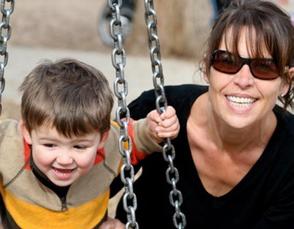 It is widely known that victims and witnesses were giving conflicting reports when compared to the ‘official’ version of events. Did Jenny hear something she shouldn’t have? Did she know something they didn’t want to get out? This is far too suspicious…

US president Barack Obama and his wife Michelle paid tribute to Jenny and her colleagues who are credited with saving the lives of some of those injured in the massacre.

PHD student James Holmes has been charged in relation to the shootings which left 12 people dead.

However, her family has now been plunged into a sense of grief of their own. Jenny was out swimming in a lake close to her home when she is believed to have drowned.

Her husband Greg Pinson and five-year-old son Jack are struggling to come to terms with the loss of a “wonderful mother”.

Her mother Brigid, who was unable to fly to Denver for the funeral, added: “I am heartbroken, it is just terrible, terrible. She was such a wonderful person who was just so full of life and a wonderful mother who loved Jack so much,” she said.

“I will miss her so much. Her brothers and sisters went over for the funeral and we had a little mass for her here. She could light up a room when she walked into it.”

Jenny studied to be a nurse in Denver in the nineties and decided to settle there.

She was a GAA fanatic and founded the Denver Gaels ladies football club.

The club posted an emotional tribute on its website, describing Jenny as a “loving and devoted mother” and a “proud Meath woman”.

“Every team has its ups and downs, its wins and losses … the Pinson and Gallagher families, the Gaels and our Irish community suffered a great loss. Jennifer Gallagher passed on, leaving a wake of sorrow, sadness and loving memories.

“When you met Jenny she brightened up your day and wanted to know how you were doing. Others always came first in the most natural and sincere way.

“In her vocation as a nurse, she cared for those with most acute needs in the burn unit, the ER and most recently was recognized for her work with the Aurora shooting victims by President Obama. We were all very proud of her”

A special memorial mass is due to take place in Duleek on August 26.