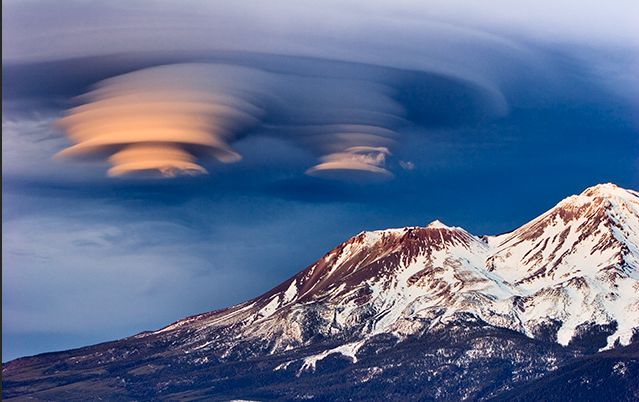 Eagle.com – Mount Shasta, is a place shrouded in mystery. This is an enigmatic place where ancient myths and modern mysteries blend like a dream against a scenery of outstanding natural beauty.

Located near the northern side of beautiful Mount Shasta, close to Lake Shastina, there is ancient archaeological mystery.

Mount Shasta is sacred to American Indians living in this region. It was believed that Shasta is inhabited by the spirit chief Skell who descended from heaven to the mountain’s summit.

In modern days, the mountain has become famous for its odd, vortex-like cloud activity. Many people who come here believe Mount Shasta is a portal to another dimension, which could explain the unusually high UFO activity in the area, they say.

What is less known, are the remnants of ancient, megalithic structures of sacred and monumental importance which can also be found here.

Little is known about these mysterious ancient megaliths and a new upcoming documentary produced by Mount Shasta Film can shed more light on this enigmatic place.

According to Dustin Neff, the producer “Mount Shasta: California’s Mystical Mountain will be a feature-length documentary film focusing on the natural beauty and metaphysical phenomenon the Mountain is world-famous for.”

“When I moved here in 2004 I wondered why nobody had ever thought to make a documentary about the Mountain, or film the abundance of natural beauty we’re fortunate to have here in our own backyard? The stories, history and scenery are all amazing.

Today, as I go back through the footage it’s like watching a dream pass before my eyes, and there is still so much more out there I’d like to explore and discover.

I don’t really know where this journey will lead, or where it will end, all I know for certain is that it feels like I’ve just set foot upon the mysterious shore of some forgotten land,” says Dustin Neff.