Natural Cures For Cancer – Why Are We Not Being Told About ? 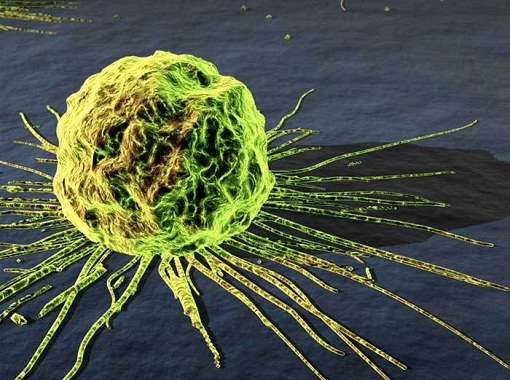 There’s a lot of misconception about cancer. We have been told by the so called ‘experts’ who work in accordance with the big pharmaceutical businesses that there is NO known way to cure or even prevent it, and instead they advise us to take their chemo & radio treatments for it which, quite clearly, either cause more damage than there actually is or have no effect on the cancer at all!

However, there are people out there (Rick Simpson, Jim Humble, just to name a few) who have discovered natural, safe and more effective substances to combat cancer. Hundreds, if not thousands of people worldwide have used these substances and claimed to have successfully cured themselves of various forms of cancer, including terminal, and others claim to have cured themselves of other illnesses like arthritis, migraines, MS, anxiety, depression and even AIDS & malaria by using them. But the mainstream media will not promulgate any of this, and the big pharmaceutical companies will not endorse them. Why? Maybe it’s because they’re not as profitable as their own made drugs!

The big pharmaceutical industry invests so much money by manufacturing and selling their medication drugs and by deluding the public into thinking that there is no other alternative medicine. If the people found out about these substances, the whole of this monopoly may well just fall apart.

proven time and time again that the cause of cancer is due to under nutrition, especially due to a lack of nutrients like vitamins C & B17, and due to an acidic body. This is because the nutrients & enzymes we consume, from say a diet consisting of raw foods like fruits & vegetables, neutralize unhealthy acidic cells in the body, like cancer cells, and protect the body against the cancer causing agents that we pick up in our everyday lives from cigarette smoke, mobile phones, food & drink additives, and pollution in general. If our bodies became nutrient deficient, these carcinogens will accumulate inside of us, destroy tissues and eventually form cancers. This is why cancer is so common in todays world, as most people’s diets consist of nutrient depleted, processed foods. So the obvious way to prevent or possibly cure cancer is… simply by having a healthy diet! Drink clean water, eat more raw fruits & vegetables that make your body alkaline, unlike meat and dairy that makes it acid and cancerous!

If we all started eating more healthily by growing our own food instead of buying the carcinogen loaded, genetically altered crap from the supermarkets, and used, say stone-fruit seeds, MMS, cannabis & mangosteens as alternative medicines, this planet could almost be disease free. Who needs pharmaceuticals when the solution was already here?

Fluoride: Calcifier of the Soul

Town growing ALL its own vegetables

Lady Gaga’s “Judas” and the Age of Horus