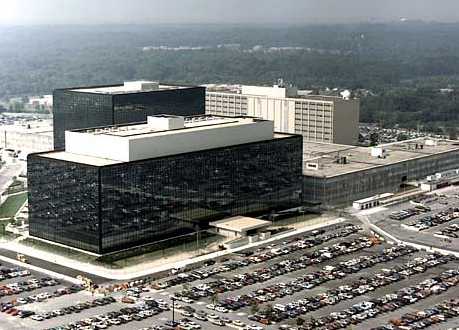 The Obama regime which was already in the midst of three high profile scandals now has a fourth one to deal with. Top secret documents were recently leaked to the Washington Post and the London Guardian detailing a vast government surveillance program code named PRISM. According to the leaked documents, the program allows the National Security Agency (NSA) back door access to data from the servers of several leading U.S. based Internet and software companies. The documents list companies such as Google, Facebook, Yahoo, Microsoft, AOL and Apple as some of the participants in the program. There have also been other reports indicating that the NSA is able to access real-time user data from as many as 50 separate American companies. Under the program, the NSA is able to collect information ranging from e-mails, chats, videos, photographs, VoIP calls and more. Most importantly is the fact that PRISM allows the NSA to obtain this data without having to make individual requests from the service providers or without having to obtain a court order. To say that this is a violation of the Fourth Amendment which forbids unreasonable searches and seizures would be a gross understatement. This is actually much more than that. This is a program designed specifically to serve as a Big Brother like control grid and to end privacy as we know it.

The NSA is quickly building a real life version of 1984’s Big Brother.In some ways this is not really a new story. This is just confirmation of what many people involved in the alternative research community have known for years. Going as far back as the 1990s there were reports revealing how Microsoft provided the NSA with back door access to their Windows operating system. Google’s cozy relationship with the NSA has also been discussed off and on over the past decade. There have even been other whistleblowers that have come forward previously detailing a number of unconstitutional and unlawful abuses conducted by the agency. This includes revelations of how the NSA was spying on American service members stationed overseas. The only difference with this is that these newly leaked documents provide definitive details on just how wide reaching the NSA’s activities have become.

It is now painfully obvious that James Clapper the Director of National Intelligence when testifying before the Senate this past March blatantly lied when asked by Senator Ron Wyden if the NSA was involved in collecting data from the American people. Clapper flatly denied that the NSA was engaged in these types of domestic surveillance activities. What makes the situation such a joke is that the Obama regime is not focused on the fact that Clapper lied to the Senate which in of itself is unlawful. Instead they have been more focused on determining the source of the leak that exposed these broad abuses of power. This is probably not surprising considering that this is a regime that rewards corruption by promoting people involved in all sorts of questionable activity. The promotion of Susan Rice as Obama’s new National Security Advisor is a perfect example of this considering her involvement in spreading bogus Benghazi related talking points. On the other hand, the Obama regime has severely punished a variety of whistleblowers who have dared to expose any wrong doing.

At least the Obama regime won’t have to spend much time and energy trying to identify the whistleblower as this person who leaked these documents has already come forward publically. At his own request the Guardian revealed his identity as Edward Snowden a 29-year old Information Technology specialist who has been working at the NSA for different contractors including Booz Allen Hamilton and Dell. Snowden had previously worked at an NSA office in Hawaii but boarded a flight to Hong Kong a few weeks ago where he has stayed since turning over these documents to the media. He expects that he will never set foot on U.S. soil again and may possibly seek political asylum in a country like Iceland. The Guardian interviewed Snowden over several days and has recently posted an interview transcript that provides more detail on the abuses he became aware of and why he decided to come forward as a whistleblower. In the interview Snowden confirms that the NSA has the infrastructure that allows them to intercept almost any type of data that you can imagine from phone records, e-mails to credit cards. He also reveals how the U.S. government is engaged in hacking systems everywhere around the world and how the NSA has consistently lied to Congress about their activities. There is little doubt that Snowden is thus far one of the most important whistleblowers to come along in the 21st century and he will likely face retaliation considering the vast reach and capabilities of the U.S. intelligence community.

Many individuals within the Obama regime including Obama himself have claimed that this type of widespread data collection is needed to fight terrorism and is used for national security purposes. Even if we were to assume that the war on terror is real, this claim is ridiculous and absurd on its face. It would be one thing if they were collecting information based upon a specific criteria identified by legitimate human intelligence. Instead they are collecting indiscriminate amounts of information which makes it much more difficult to analyze and target anything that might indicate a potential threat. If the NSA’s goal is really to detect and target terrorism than all they are doing is making their job more difficult by vastly increasing the noise they have to filter through. Either the people running the NSA are incredibly stupid or the goal of this program is to establish the infrastructure necessary to centrally collect data from communications everywhere around the world.

Other evidence to support this notion is the fact that the NSA is building a huge new facility in Utah that is being designed to store an enormous amount of data. A Fox News report indicates that when completed the facility will be able to store billions of terabytes worth of information. It is hard to fathom how the NSA would need this much storage space unless it was being used to collect and store any and all communications.

The Obama regime has tried to justify all of this by saying that PRISM helped stop an alleged New York City subway bomb plot back in 2009. This has been proven to be factually incorrect as regular police work and help from the British were larger factors in stopping the plot. This is assuming you even believe the official story of this terror plot to begin with. The government and more specifically the FBI have manufactured so many fake terror plots that it is difficult to determine fact from fiction at this point. So with this said, there is really no proof that PRISM has even helped to stop any so-called terror plot. They are collecting information simply for the sake of collecting information with no probable cause or reasonable justification.

At this point it is an undeniable fact that the NSA has been illegally collecting information on the American people. For years what has been dismissed as conspiracy theory is now without question a conspiracy fact. It is laughable that Obama and his assorted cronies are even trying to defend this program as a useful tool to fight terrorists. It is more likely that this program is being used to help find people domestically who dislike the government and would potentially fight back against it.  A striking similarity to what is depicted in George Orwell’s dystopic novel 1984 where political dissidents are identified as thought criminals. A tool the NSA uses called Boundless Informant which counts and categorizes the information they collect shows that more data is actually gathered from domestic sources in the U.S. than from Russia. So based off of this one could argue that the NSA almost seems to view the American people as more of a threat to national security than the Russians.

The three scandals the Obama regime was dealing with prior to this new scandal are all grounds for impeachment and one could easily argue that this one is many times worse than the previous three. Obama should resign in disgrace but being that he’s a narcissist who seems unwilling to admit making any mistakes it is highly doubtful he will do this. Obama and the rest of the useful idiots in his regime who have tried to defend and justify this and other criminal programs need to be forcibly removed from office and put on trial. The criminal activity from the Obama regime is so vastly transparent it has become a complete and total joke to anyone who is even remotely paying attention.