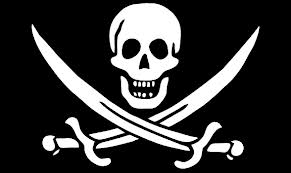 Now that the prospects of a second Obama administration are hitting home, the pace of a rapid deterioration are confronting all thinking Americans. The radical transformation that is centrally planned for the economy and authoritarianism administrated by the statists that are part of the most tyrannical regime in memory, is taking place before our eyes. Falling off the cliff is more like descending into the abyss of martial law contrived to eliminate the last remnants of independent citizens. Advocating for civil liberties is treated as a criminal act and the gun culture is looked upon as the preview of a terrorist cell.

Several decades ago, the label of being a survivalist painted a prepared person as odd if not deranged. Today the “prepper” is demeaned as an enemy of the state. The Obama dependency society demands that government is the dispenser of all wants and needs. The threat to the state from a prepared population has become a primary target of the New World Order minions.

So what is so perilous about the Prepper Nation? The overt resistance to arbitrary authority is a fear that any beholden bureaucrat abhors. Combating the grievous culture, which is the federal ruthless and tyrannical government, is a crucial concern of the beltway elitists. Thus, the prepared individual is a dangerous agonist that ignores, if not resists, the best-laid plans for a controlled society.

The American Dream presents a perceptive analysis and alert in Why Are Preppers Hated So Much?

“In fact, it has been estimated that there are now approximately 3 million preppers in the United States alone. So now the mainstream media has decided that mocking the movement is the best strategy, and lots of “critics” and “skeptics” out there have picked up on this trend. Instead of addressing the very real issues that have caused millions of Americans to prepare for the worst, those criticizing the prepper movement attempt to put the focus on individual personalities. They try to find the strangest nutjobs they possibly can and then hold them up as “typical preppers”. The goal is to portray preppers as tinfoil hat wearing freaks that need to be locked up in the loony bin for their own personal safety and for the good of society.”

The mainstream mass media is a state endorsed first account of history writing and propaganda machine. Entertainment is now defined as a process to marginalize any movement that seeks to deal with fundamental problems in a common sense response.

Daisy Luther writes in The Psy-Ops War on Preppers.

“The National Geographic program Doomsday Preppers also has had a lot to do with the demonization of preppers – it’s a full-court press propaganda attack against preppers. The program finds the most outrageous examples of preparedness possible and edits to make them look foolish. An article on the American Preppers Network explains the modus operandi:

The show severely skews Preppers in an effort that can be summed up as “making good television”. This is evident not only through viewing the show itself, but through the format they have built the show around.”

Again in decades past the “Patriotic Cause” was smeared for its emphasis upon advocating a constitutional law application to the ills of excessive government. The current “Liberty Movement” need not require being a card carrying Libertarian to advance the natural rights of individuals. Such protagonists risk the wrath of Obama mania in the era of dictatorial edicts. No more grievous offense can be registered against the establishment than to champion the wisdom of the Founding Fathers.

Those changes in principles are a foremost hazard in an age of international globalism. Patriots originally defended the spirit of the American Revolution. The meaning of limited government was understood in the hearts and minds of the ordinary populace. Now despotic technocrats act with impunity and violate the most basic precepts of common law.

Anyone who articulates the fundamental separation of powers that curtails outright totalitarian collectivism is no longer heralded as patriotic, but is viewed as a menace to the ruling cabal. The uniqueness of defiance from the “shot heard ’round the world” is captured in the Ralph Waldo Emerson poem, Concord Hymn.

By the rude bridge that arched the flood,

Their flag to April’s breeze unfurled,

Here once the embattled farmers stood,

And fired the shot heard round the world.

The foe long since in silence slept;

And Time the ruined bridge has swept

Down the dark stream which seaward creeps.

On this green bank, by this soft stream,

We set to-day a votive stone;

That memory may their deed redeem,

Spirit, that made those heroes dare

To die, and leave their children free,

The shaft we raise to them and thee.

Emerson appreciated individualism, self-reliance and intuition. Under the Obama dictatorship, patriots like Emerson, would be degraded into submission as treacherous antagonists to the sociopaths that wear a state tiara. The British Crown is not embodied in a King. The Crown is a system of financial and servitude dominance.

In order to understand the nature of this enslavement scheme, the piracy of individual independence is a crucial element necessary to maintain state supremacy.

When buccaneer Henry Morgan was the scourge of the Spanish Main, he was a successful privateer for the British Empire. His appointment to admiral and then to the title of Sir was a reward for his pillaging and plunder. His eventual fall from grace brought down the anger of the English lords. The mechanism used by the ruling class to establish and maintain their power was based upon looting and force.

While initiative demonstrated by pirates that seized ships of treasure was protected as long as the spoils were shared with the Crown, the practice of keeping individual booty risked a hanging offense. The state is always the master robber.

Piracy is the largest business on the planet. Governments routinely make up the rules as it serves the interests of those who wage war to hold onto their power. Legitimacy of any regime is suspect at best and most governments act as criminal syndicates.

The Prepper intuitively comprehends this reality. The need to discredit the preparer of survival subsistence becomes a priority to the thieves that run the social plantation. Preppers are threats because many are practicing patriots. The establishment breeds compliant fools that eagerly support state tyranny as the price of being a ward of the dependency and entitlement society.

The purging of the essence of the American Revolution in the hearts and minds of the population is a betrayal of the John Adams legacy. As the federal behemoth, governance continues to destroy any lawful authority; the pirates of subversion destroy any legality remaining.

The Butchered Law sums up the dilemma.

“When ‘Truth’ is abandoned, ‘Justice’ is denied. Civilization is created and maintained through an arbitration of disputes that respects the ‘Rights’ of ALL Individuals. The ‘Law’ is the guide to settle and judge adherence to criterion of conduct. But it is left to the realm of morals, ethics and values to establish those principles. ‘Equity’ suffers not a right without a remedy, is based upon moral standards of conduct and ethical codes. The ‘Law’ is NOT meant to make those mores, but to apply them. Judges are the umpires of the rules. Lawyers are the presenters of the evidence. And the Jury is the determiner of guilt.”

Those remaining Patriots need to practice the Bill of Rights. Preppers need to share their personal preparation planning with open-minded neighbors. Both must defend the inalienable right of self-defense, especially against the pirate bandits that are planning military force to coerce you to walk the plank.

The article Have Gun, Will Travel puts the piracy perspective into context.

“The State is an entity that results from the organization of society among varied interests, to rule the public. Your natural rights are never transferred to a non living creation of those who have achieved power over others. Citizens cannot negate their own rights, through a process of delegation and consent to any State. But what we have is a chronicle throughout all history of governments telling citizens that their rights are a result of government authority. If you accept this fraud, you can and mostly likely will, gladly accept the pronouncement of civic administration that restrict your ability to preserve your own existence.

Gun ownership is a sideshow to the real struggle. But guns represent a real threat to corrupt masters and their institutions. You already know the terminal consequences that happen to any population that surrenders the means to protect themselves. The record is clear – the society is at a greater risk to their own government, than domination.