Friction-less propulsion has been the wet-dream of the Military-Industrial-Complex for at least 100 years.  Needless to say they figured it out and have been exploiting it for  at least the last 50.  Why are we only seeing this now..?    We’re supposed to believe that a University discovered this before a Black Budget in the Multi-Trillions per year? 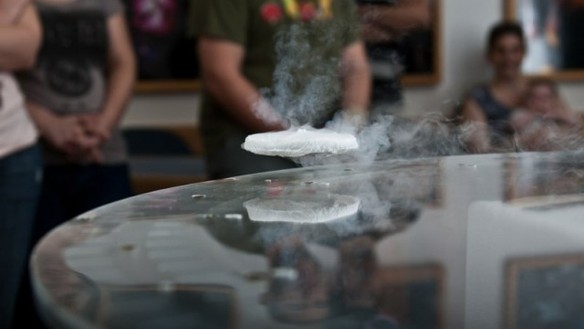 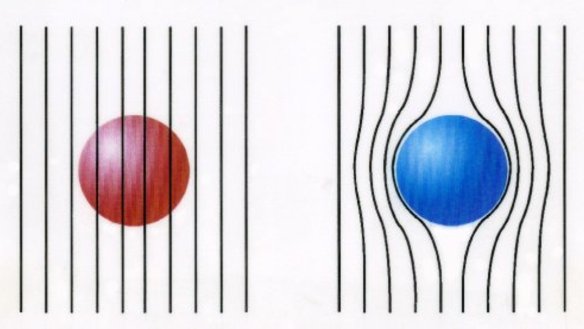 Few motifs of science fiction cinema have been more appealing to us than the subtle defiance of gravity offered by futuristic hovercraft. So every once in a while we check in to see how humanity is progressing on that front, and whether the promise of hoverboards will be delivered by 2015 as evidenced in Back to the Future Part 2. We’re not quite there yet, but we’re definitely getting off the ground, so to speak.

Get ready to hover your brain around the art of quantum levitation.

That’s right, quantum. Normally that word indicates that it’s difficult to explain what’s going on. But basically, it’s made possible through the use of a superconductor, a material which bends the flux of magnetic fields through a phenomenon called the Meissner effect.

Because of its chemical properties, a superconductor (when brought to low enough temperatures using, say, liquid nitrogen) exhibits this effect, causing the energy from the magnet below to warp around the superconductive object in a way which “locks” it in space. Even when you run your hand underneath, adjust its position or turn the whole thing upside down, the object will remain suspended in mid-air like it’s possessed.

Even more impressive and ripe for practical transportation use: When the superconducting object is placed along a magnetic rail, it exhibits frictionless momentum. It’s not “anti-gravity,” though. Think of it like a gravity loophole, exploited through the magic of quantum mechanics.

NASA has been interested in quantum levitation for quite a while, as it turns out. But it isn’t until now that we’ve started to see such vivid demonstrations of its possibilities. Previously, a majority of the research had actually been taken on by amateurs, and for a long time, NASA worked closely with them in search of solutions.

A Russian physicist named Evgeny Podkletnov first postulated the idea in a paper published in 1992, but has been largely uninvolved with the study and development of the phenomenon since then. It took NASA years to reproduce what Podkletnov had written about, due in part to the fact that Podkletnov was not an electromechanical expert and couldn’t do much to help with the system’s actual construction. After internal concerns about drifting into ‘tin foil hat’ territory, NASA pulled out and passed the torch to civilian teams.

Teams like Tel Aviv University’s Superconductivity Group are now reminding us of the incredible potential in this hazy area of scientific research. With NASA strapped for cash and out of the picture, can the rest of us pick up the slack to make it work with heavier stuff, like cars? If we ever want to finally cut back on all the energy we use schlepping stuff around, the answer will have to be ‘yes.’