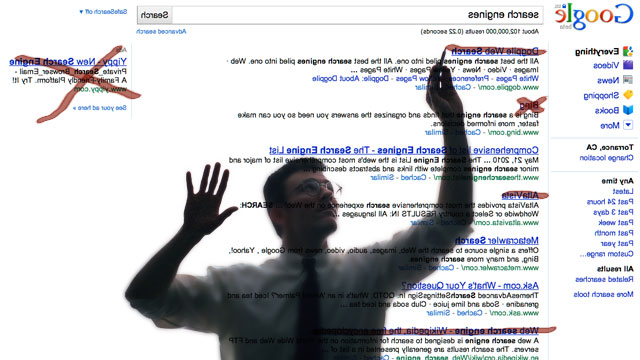 By Nate Anderson | Published 8 months ago

Surprise! After months in the oven, the soon-to-be-released new version of a major US Internet censorship bill didn’t shrink in scope—it got much broader. Under the new proposal, search engines, Internet providers, credit card companies, and ad networks would all have cut off access to foreign “rogue sites”—and such court orders would not be limited to the government. Private rightsholders could go to court and target foreign domains, too.

As for sites which simply change their domain name slightly after being targeted, the new bill will let the government and private parties bring quick action against each new variation.

Get ready for the “PROTECT IP Act.”

A source in Washington provided Ars with a detailed summary of the PROTECT IP Act, which takes its acronym from “Preventing Real Online Threats to Economic Creativity and Theft of Intellectual Property.” This beats the old acronym, COICA; who can be against protection? The actual legislation should be introduced shortly.

The bill is an attempt to deal with foreign sites which can be difficult for US enforcement to reach, even when those sites explicitly target US citizens.

The PROTECT IP Act makes a few major changes to last year’s COICA legislation. First, it does provide a more limited definition of sites “dedicated to infringing activities.” The previous definition was criticized as being unworkably vague, and it could have put many legitimate sites at risk.

But what the PROTECT IP Act gives with one hand, it takes away with the other. While the definition of targeted sites is tighter, the remedies against such sites get broader. COICA would have forced credit card companies like MasterCard and Visa to stop doing business with targeted sites, and it would have prevented ad networks from working with such sites. It also suggested a system of DNS blocking to make site nominally more difficult to access.

The PROTECT IP Act adds one more entity to this list: search engines. Last week, when the Department of Homeland Security leaned on Mozilla to remove a Firefox add-on making it simple to bypass domain name seizures, we wondered at the request. After all, the add-on only made it easier to do a simple Google search, and we wondered “what the next logical step in this progression will be: requiring search engines to stop returning results for seized domain names?”

Turns out that’s exactly what’s being contemplated. According to the detailed summary of the PROTECT IP Act, this addition “responds to concerns raised that search engines are part of the ecosystem that directs Internet user traffic and therefore should be part of the solution.”

Rightsholders also score a major victory with the new legislation, which grants them a private right of action—something Google publicly trashed as a terrible idea earlier this year. Copyright and trademark holders don’t have to badger the government into targeting sites under the new bill; they are allowed to seek court orders directly, though these orders would only apply to payment processors and advertising networks (not to ISPs or search engines).

Help us out, please

The PROTECT IP Act goes even further than forcing these intermediaries to take action after a court order; it actively encourages them to take unilateral action without any sort of court order at all. The bill summary makes clear that ad networks and payment processors will be protected if they “voluntarily cease doing business with infringing websites, outside of any court ordered action.” If a search engine decides that the next YouTube is a copyright infringer—and rightsholders have often sued sites like Veoh and YouTube in the past—it can simply cut off advertising for that reason and be immunized under the law. So can Visa.

The bill also encourages everyone—domain name registries, search engines, payment processors, and ad networks—to cut off access to infringing sites that “endanger the public health.” That is, online pharmacies (which are often hotbeds of counterfeiting).

Given the strong opinions elicited by the earlier COICA, the expansion of powers here is a bit surprising, but the continued presence of the legislation is not. That’s because, no matter how much power and money Congress devotes to intellectual property, rightsholders are back every couple of years for more—as the NET Act, DMCA, Sonny Bono Term Extension Act, PRO-IP Act, and Anti-Counterfeiting Trade Agreement (ACTA) remind us. Each is “essential”—but somehow never quite enough.