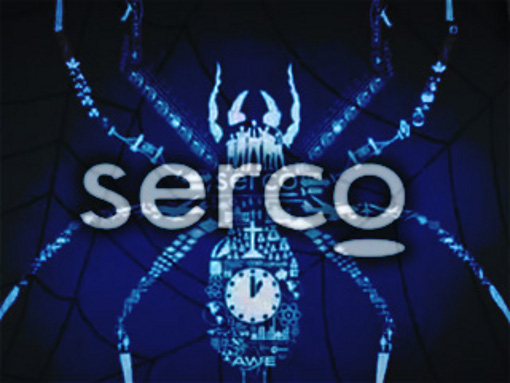 As well as thanking God for his success, CEO Chris Hyman is a Pentecostal Christian who has released a gospel album in America and fasts every Tuesday. Coincidentally he was in the World Trade Centre on 9/11 on the 47th floor addressing shareholders.

Serco run navy patrol boats for the ADF, as well as search and salvage operations through their partnership with P&O which form Maritime Defence Services.

They’re one of the biggest companies In the UK for running electronic tagging of offenders under house arrest or parole.

Serco are in one of the two favoured bid consortiums for the new Sydney metro rail line.

Here are some amazing corporate videos from Serco, we fully recommend both if you’re a fan of Verhoeven-esque corporate propaganda. You can watch the video here:

From Wikipedia, the free encyclopedia
Jump to: navigation, search

Serco Group plc is a British government services company based in Hook, North Hampshire in the United Kingdom. It is listed on the London Stock Exchange and is a constituent of the FTSE 100 Index. Among its operations are public and private transport and traffic control, aviation, military and nuclear weapons contracts, detention centres and prisons, and schools.

Serco was founded in 1929 as a United Kingdom division of the Radio Corporation of America and initially provided services to the cinema industry.[3] It changed its name to Serco in 1987[3] and has been a London Stock Exchange listed company since 1988.[3]

On 29 December 2008, Serco completed its acquisition of SI International.[4]

The Guardian has called Serco “probably the biggest company you’ve never heard of”.[5]

Serco operates in Continental Europe, the Middle East, the Asia Pacific region and North America, but the majority of its turnover still comes from the UK.

Monsanto: The Godfather of Chemical Capitalism

The Strawman Illusion – The Matrix Revealed