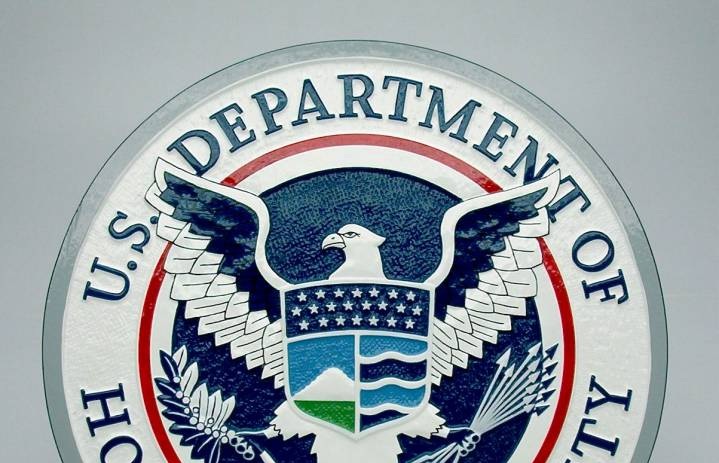 The ranking Republican on a Senate panel on Wednesday accused the Department of Homeland Security of hiding embarrassing information about its so-called “fusion” intelligence sharing centers, charging that the program has wasted hundreds of millions of dollars while contributing little to the country’s counterterrorism efforts.

In a 107-page report released late Tuesday, the Senate Permanent Subcommittee on Investigations said that Homeland Security has spent up to $1.4 billion funding fusion centers — in effect, regional intelligence sharing centers–  that have produced “useless” reports while at the same time collecting information on the innocent activities of American Muslims that may have violated a federal privacy

The fusion centers, created under President George W. Bush and expanded under President Barack Obama, consist of  special   teams of  federal , state and local officials collecting and analyzing  intelligence on suspicious activities throughout the country.  They have been hailed by Homeland Security Secretary Janet Napolitano as “one of the centerpieces”  of the nation’s counterterrorism efforts.

But Sen. Tom Coburn of Oklahoma,  the ranking Republican on the panel, charged Wednesday that Homeland Security had tried to bury evidence of problems at the centers.

“Unfortunately, DHS has resisted oversight of these centers,” he said. “The Department opted not to inform Congress or the public of serious problems plaguing its fusion centers and broader intelligence efforts.  When this subcommittee requested documents that would help it identify these issues, the department initially resisted turning them over, arguing that they were protected by privilege, too sensitive to share, were protected by confidentiality agreements, or did not exist at all. The American people deserve better. I hope this report will help generate the reforms that will help keep our country safe.”

A spokesman for Homeland Security said in a statement to NBC News Tuesday that the Senate report was “out of date, inaccurate and misleading.” Matt Chandler, a spokesman for Napolitano, said the Senate panel “refused to review relevant data, including important intelligence information pertinent to their findings.”  Another Homeland Security official, who spoke with NBC News on condition of anonymity, said the department has made improvements to the fusion centers and that the skills of officials working in them are “evolving and maturing.”

The American Civil Liberties Union also issued a statement saying the report underscores problems that it and other civil liberity groups have been flagging for years. “The ACLU warned back in 2007 that fusion centers posed grave threats to Americans’ privacy and civil liberties, and that they needed clear guidelines and independent oversight,” said Michael German, ACLU senior policy counsel. “This report is a good first step, and we call upon Congress to hold public hearings to investigate fusion centers and their ongoing abuses.”

In addition to the value of much of the fusion centers’ work, the Senate panel  found  evidence of what  it called  “troubling” reports by some  centers that may have violated the civil liberties and privacy of U.S. citizens.  The evidence cited in the report could fuel a continuing controversy over claims that the FBI and some local police departments, notably New York City’s, have spied on American Muslims without a justifiable law enforcement reason for doing so. Among the examples in the report:

“The number of things that scare me about this report are almost too many to write into this (form),” a Homeland Security reviewer wrote after analyzing the report. The reviewer noted that “the nature of this event is constitutionally protected activity (public speaking, freedom of assembly, freedom of religion.)”

The Senate panel found 40 reports — including the three listed above — that were drafted at fusion centers by Homeland Security officials, then later “nixed” by officials in Washington after reviewers “raised concerns the documents potentially endangered the civil liberties or legal privacy protections of the U.S. persons they mentioned.”

Despite being scrapped, however, the Senate report concluded that “these reports should not have been drafted at all.” It also noted that the reports were stored at Homeland Security headquarters in Washington, D.C., for  a year or more after they had been  canceled —a potential violation of the U.S. Privacy Act, which prohibits federal agencies from storing information on U.S. citizens’ First Amendment-protected activities if there is no valid reason to do so.

The report said the retention of these reports also appears to contradict Homeland Security’s own guidelines, which state that once a determination is made that a document should not be retained, “The U.S  person identifying information is to be destroyed immediately.”

The investigation was led by the Republican staff of the subcommittee but the report was approved by chairman Sen. Carl Levin, D-Mich and Coburn.  It stated that much basic information about the fusion centers – including exactly how much they cost the federal government — was difficult to obtain. Although the fusion centers are overseen by Homeland Security, they are funded primarily through grants to local governments by the Federal Emergency Management Agency. Although Homeland Security “was unable to provide an accurate tally,” the panel estimated the federal dollars spent on the centers between 2003 and 2011 at between $289 million and $1.4 billion.

The panel’s criticism of the fusion centers was shared in part by Michael Leiter, the former director of the National National Counter-Terrorism Center and now an NBC News analyst. “Since 9/11, the growth of state and local fusion centers has been exponential and regrettably in many instances it has produced an ill-planned mishmash rather than a true national system that is well-integrated with existing organizations like the FBI-led Joint Terrorism Task Forces,” Leiter wrote in an email when asked about the report.

In its response to the Senate panel , Homeland Security said that the canceled reports could still be retained “for administrative purposes such as audit and oversight.”

The report cited multiple examples of what it called fusion center reports that had little if any value to counterterrorism efforts.

One fusion center report cited described how a certain model car had folding rear seats to the trunk, a feature that it said could be useful to human traffickers. This prompted a Homeland Security reviewer to note that such folding rear seats are “featured on MANY different  makes and model of vehicles” and “there is nothing of any intelligence value in this report.”

Another fusion center report, entitled “Possible Drug Smuggling Activity,”  recounted the experiences of two state wildlife officials who spotted a pair of men  in a bass boat “operating suspiciously” in the body of water off the U.S.-Mexico border. The report noted that the fishermen “avoided eye contact” and that their boat appeared to be low in the water, “as if it were laden with cargo” with high winds and choppy waters.

“The fact that some guys were hanging out in a boat where people normally do not fish MIGHT be an indicator of something abnormal, but does not reach the threshold of something we should be reporting,” a Homeland Security reviewer wrote, according to the Senate panel. “I … think that this should never have been nominated for production, nor passed through three reviews.”

The senior Homeland Security official who spoke to NBC News said that, while the Senate panel reviewed fusion center reports from 2009 and 2010, a more recent June 2011 case in Seattle shows that a fusion center played a key role in helping to thwart a terrorist plot against a local U.S. military processing center.

Out of Control: Flame, Stuxnet, and the Cyber-Security Landscape