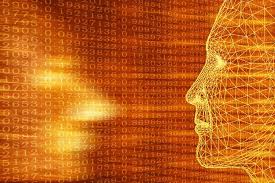 A team of physicists has provided some of the clearest evidence yet that our Universe could be just one big projection.

In 1997, theoretical physicist Juan Maldacena proposed that an audacious model of the Universe in which gravity arises from infinitesimally thin, vibrating strings could be reinterpreted in terms of well-established physics. The mathematically intricate world of strings, which exist in nine dimensions of space plus one of time, would be merely a hologram: the real action would play out in a simpler, flatter cosmos where there is no gravity.

Maldacena’s idea thrilled physicists because it offered a way to put the popular but still unproven theory of strings on solid footing — and because it solved apparent inconsistencies between quantum physics and Einstein’s theory of gravity. It provided physicists with a mathematical Rosetta stone, a ‘duality’, that allowed them to translate back and forth between the two languages, and solve problems in one model that seemed intractable in the other and vice versa (see ‘Collaborative physics: String theory finds a bench mate’). But although the validity of Maldacena’s ideas has pretty much been taken for granted ever since, a rigorous proof has been elusive.

Why can’t you say “Tavistock” on Godlike Productions?