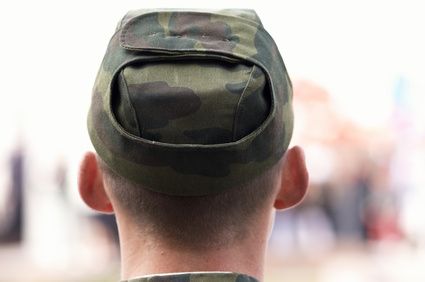 An Iraq war veteran was made redundant just 72 HOURS before ­qualifying for a full Army ­pension.

Sergeant Lee Nolan will lose out on at least £100,000 after he became one of 20,000 soldiers who are being axed in savage military cuts.

He was so furious at losing his job, his Army home and financial ­security after risking his life for his country that he sent his six military medals to David Cameron.

And in a moving letter to the PM he wrote: “The events of the past 12 months have turned my life on its head and sullied my near-18 years of loyal and exemplary service to my ­country.

“The medals I have enclosed would only serve to ­remind me of the shocking way I have been treated.”

Sgt Nolan is one of at least 80 soldiers, sailors and aircrew made redundant when they are less than a year away from qualifying.

There have been claims that they are being intentionally ­selected to save the MoD millions of pounds.

And the axed troops’ plight has sparked calls for a review, with an online petition demanding that the issue is debated in Parliament.

He was made compulsorily ­redundant from his job as a medical technician in the Royal Electrical and Mechanical Engineers last September, leaving on August 31 after a 12-month notice period.

Depending on their rank, forces personnel aged over 40 need 16 or 18 years’ service to earn a pension and lump sum when they leave.

When Sgt Nolan’s redundancy was worked out he was stunned to find his service was 17 years and 362 days… just three days short.

He said: “I was absolutely dumbfounded. In one moment I lost my ­livelihood, my way of life and the pension I’d relied on to start again.”

He said: “They discovered there had been an administrative error. They had only wanted 20 redundancies. I was the 21st.”

Appalled, Sgt Nolan, who has been forced to move in with ­relatives in Manchester, sent his letter and medals to Mr Cameron.

He received a letter dated a month ago thanking him and promising a reply but has not heard any more. He has now joined the campaign group Pensions Justice for Troops, which says ­redundant personnel will miss out on at least £40million between them.

Spokeswoman Jayne Bullock said: “People who leave the Armed Forces lose a whole way of life and need financial security as they adapt, retrain and start over again.”

A Number 10 spokesman ­declined to comment on the letter. The MoD said nearness to qualifying for a pension was not a factor in being selected for redundancy.