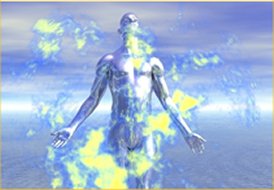 Spontaneous evolution has occurred in history at specific increments in time.  What causes these changes?    How do these changes affect us on a cellular level? What is happening to our DNA right NOW?

Keep this in mind when reading this article.  Edgar Cayce stated, “(Earth) is slowly receding or gathering closer to the sun, from which it receives its impetus for the awakening of the elements from that which it receives from the sun. – elements that give life itself, by radiation of like elements.”

David Sereda has been working diligently in this area of science.  According to Sereda, since 2006, scientists have been noticing a difference in the decay rates in nuclear particles, which had been consistently reliable in previous years.

What does this mean?  It isn’t typical to see such a drastic change in these decay rates.  Scientists are seeing a change of 1/10th of 1% in these particles, which was previously unheard of and is unexplainable at this moment.  When a particle speeds up, it means it’s radiating more energy.   This includes the energy and particles within our own bodies.  Studies on DNA have indicated that even very weak changes in the energy field can cause profound changes in our DNA.

Sereda went on to state that because our children are in a rapid growth stage, they are going to receive more of this change than the adults.

There is a drastic climate change event happening on every planet in our solar system.  Planets are becoming more luminous, have higher energy fields and have thicker atmospheres.

What is causing these dramatic changes?

Our Sun will reach a solar maximum in 2013.  In the meanwhile, it is emitting high energy photons that can literally affect our consciousness, as evidenced by the global awakening that’s going on right now.  It’s certainly not a coincidence that these energies are bringing in a wave of spiritual consciousness that demands truth and desires the best for humanity.

There is some evidence that points to the photon belt as being a prime catalyst for cellular change, but this is more speculation than factual science.

We are exiting the Age of Pisces and are entering the Age of Aquarius.  As I noted in a previous article, each age has an energy signature associated with it.  The energy signature of Aquarius is one that promotes Divine Order, truthfulness and all that is in the best interests of humanity.  This is why the current, worldwide political corruption will come to an end soon, so it’s important not to focus too much of your own energy on their issues, because that’s the only energy that’s feeding them at this point in time.

All of the planets in our galaxy are undergoing dramatic climate changes.  For example, there is a newly discovered ice cap on Mars, chemical changes on Jupiter, new weather patterns on Venus, a vortex on the south pole of Saturn, etc…

There is an energy field at the edge of the Milky Way Galaxy that’s described as a ribbon.  “This is a shocking new result for us and one that is not entirely understood,” said David McComas, the lead scientist on a NASA mission called IBEX.

This “ribbon” is a long band of high-energy particle emissions that could feasibly alter our DNA.

Here on Earth, we have witnessed many changes, including massive land cracks, volcanoes, tsunamis, earthquakes, mass animal die offs, etc…  Something is causing these changes to occur.  While we can point our fingers at chemtrails and H.A.A.R.P. as the reasons for some of these occurrences, most of these changes would have happened anyways.  Why?  Because other planets aren’t affected by chemtrails and HAARP, yet they’re still going through dramatic climate changes.

DNA changes are happening right now!  Look at some of these indigo children who were born with a total recall of their past lives.

To those who may dismiss this theory, a child was recently born with a 3 strand DNA in England.

A British toddler has become the first person in the world to be born with an extra strand in his DNA, in a condition so rare doctors don’t even know its name.

Alfie Clamp, from Warwickshire, northern England, has a seventh chromosome which has an extra arm.

go to the 5:22 marker of this video for Dolores Cannon’s perspective:

A boy has stunned medics with his ability to see in pitch black with eyes that glow in the dark.

Doctors have studied Nong Youhui’s amazing eyesight since his dad took him to hospital in Dahua, southern China, concerned over his bright blue eyes.

Dad Ling said: “They told me he would grow out of it and that his eyes would stop glowing and turn black like most Chinese people but they never did.”

Medical tests conducted in complete darkness show Youhui can read perfectly without any light and sees as clearly as most people do during the day.

Could Nong Youhui be a Hybrid or Starchild? A new and growing generation of extraordinary and gifted children are springing up across our planet, is the human species evolving, or possibly our Extraterrestrial visitors tinkering with our DNA? As always you decide.

Don’t stare at the sun!

There is a gentleman who goes by the initials, HRM, who has existed solely on sunlight and water since 1996.  That’s right, he has not eaten solid food in 12 years. He has been studied by various researchers, such as the Thomas Jefferson University, and the University of Pennsylvania. Not only have they found his claims to be true, but medical evidence suggests this man is healthier than a normal person of his age. He is approaching 80 years old.

HRM practices sungazing daily.  Doctors stated that his neurons were active, and not dying. His pineal gland is actually growing, not shrinking, which is very unusual in someone over the age of fifty. The greatest average in someone over fifty, is a pineal size of 6×6 mm, HRM’s is 8×11 mm.

The reason I bring this up is because we’ve been taught that it’s harmful to directly stare into the sun.  While I’m not advocating sun gazing (although I do it, myself), if one decides to do it, then please research this topic thoroughly.

Perhaps there is a reason why we’re being told not to look directly into the sun?

Scientific evidence has concluded that since 2006, we have entered into a new energy field which can literally change our DNA.  This may explain why there are so many chemtrails in our sky, as to deflect these incoming energies.  As more and more of these new energies enter our solar system and our atmosphere, we will continue to see changes within our DNA.

Copyright Information: Copyright in5d and Gregg Prescott, M.S.. This content may be freely reproduced in full or in part in digital form with full attribution to the author and a link to www.in5d.com. Please contact us for permission to reproduce this content in other media formats.

Helping the Helpless – Humanity Needs More of This