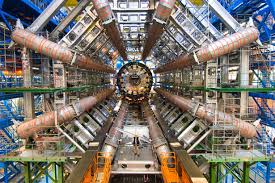 The “God particle” is the nickname of a super particle called the Higgs boson. In layman’s terms, different subatomic particles are responsible for giving matter different properties. One of the most mysterious and important properties is mass. Some particles, like protons and neutrons, have mass. Others, like photons, do not. The Higgs boson, or “God particle,” is believed to be the particle which gives mass to matter. The “God particle” nickname grew out of the long, drawn-out struggles of physicists to find this elusive piece of the cosmic puzzle. What follows is a very brief, very simplified explanation of how the Higgs boson fits into modern physics, and how science is attempting to study it.

Are you a Sheeple? Take the Sheeple Quiz and find out

COINTELPRO: Eight Traits of the Disinformationalist