The Right to Anonymity is a Matter of Privacy 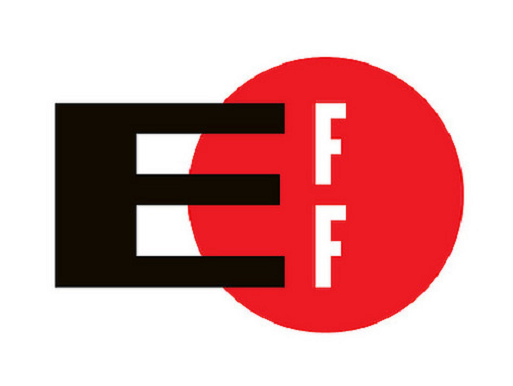 This January 28marks International Privacy Day. Different countries around theworld are celebrating this day with their own events. This year, we are honoring the day by calling attention to recent international privacy threats and interviewing data protection authorities, government officials, and activists to gain insight into various aspects of privacy rights and related legislation in their own respective countries.

Throughout history, there have been a number of reasons why individuals have taken to writing or producing art under a pseudonym. In the 18th century, James Madison, Alexander Hamilton, and John Jay took on the pseudonym Publius to publish The Federalist Papers. In 19th century England, pseudonyms allowed women–like the Brontë sisters, who initially published under Currer, Ellis, and Acton Bell–to be taken seriously as writers.

Today, pseudonyms continue to serve a range of individuals, and for a variety of reasons. At EFF, we view anonymity as both a matter of free speech and privacy, but in light of International Privacy Day, January 28, this piece will focus mainly on the latter, looking at the ways in which the right to anonymity–or pseudonymity–is truly a matter of privacy.

Human beings are complex creatures with multiple interests. As such, many professionals use pseudonyms online to keep their employment separate from their personal life. One example of this is the Guardian columnist GrrlScientist who, upon discovering her Google+ account had been deleted for violating their “common name” policy, penned a piece explaining her need for privacy. Another example is prominent Moroccan blogger Hisham Khribchi, who has explained his use of a pseudonym, stating:

When I first started blogging I wanted my identity to remain secret because I didn’t want my online activity to interfere with my professional life. I wanted to keep both as separate as possible. I also wanted to use a fake name because I wrote about politics and I was critical of my own government. A pseudonym would shield me and my family from personal attacks. I wanted to have a comfortable space to express myself freely without having to worry about the police when I visit my family back in Morocco.

Though Khribchi’s reasoning is two-fold, his primary concern–even stronger than his need for protection from his government–was keeping his online life separate from his employment.

Even Wael Ghonim–the now-famous Egyptian who helped launch a revolution–conducted his activism under a pseudonym…not to protect himself from the Egyptian government, but rather because he was an employee of Google and wanted to maintain an air of neutrality.

In 2008, an Alaskan blogger known as “Alaska Muckraker” (or AKM) rose to fame for her vocal criticism of fellow Alaskan and then-McCain-running-mate Sarah Palin. Later, after inveighing against a rude email sent to constituents by Alaska State Representative Mike Doogan, AKM was outed–by Doogan–who wrote that his “own theory about the public process is you can say what you want, as long as you are willing to stand behind it using your real name.”

AKM, a blogger decidedly committing an act of journalism, could have had any number of reasons to remain anonymous. As she later wrote:

I might be a state employee. I might not want my children to get grief at school. I might be fleeing from an ex-partner who was abusive and would rather he not know where I am. My family might not want to talk to me anymore. I might alienate my best friend. Maybe I don’t feel like having a brick thrown through my window. My spouse might work for the Palin administration. Maybe I’d just rather people not know where I live or where I work. Or none of those things may be true. None of my readers, nor Mike Doogan had any idea what my personal circumstances might be.

Though Doogan claimed that AKM gave up her right to anonymity when her blog began influencing public policy, he’s wrong. In the United States, the right to anonymity is protected by the First Amendment and must remain so, to ensure both the free expression and privacy rights of citizens.

Similarly, in 2009, Ed Whelans, a former official with the Department of Justice, outed anonymous blogger John Blevins–a professor at the South Texas College of Law–in the National Review, calling him “irresponsible”, and a “coward.” Blevins took the fall gracefully, later explaining why he had chosen to blog under a pseudonym. Like Khribchi, Blevins’ reasons were numerous: He feared losing tenure and legal clients, but he also feared putting the jobs of family members in the political space at risk.

A friend of mine–let’s call him Joe–is the sibling of a famous celebrity. But while he’s very proud of his sibling, Joe learned early on that not everyone has his best interests at heart. Therefore, Joe devised a pseudonym to use online in order to protect the privacy of himself and his family.

In Joe’s case, the threat is very real: celebrities are regularly stalked, their houses broken into. His pseudonym keeps him feeling “normal” in his online interactions, while simultaneously protecting his sibling and the rest of his family from invasions of privacy.

Anonymity and pseudonymity may seem increasingly difficult to achieve online. Not only do companies like Facebook restrict your right to use a pseudonym, but even when you do think you’re anonymous, you might not be–as blogger Rosemary Port found out in 2009 after Google turned over her name in response to a court order.

While we should continue to fight for our privacy under the law, the best thing we can do as users to who value our right to anonymity is to use tools like Tor. Anonymous bloggers can use Global Voices Advocacy’s online guide to blogging anonymously with WordPress and Tor. And all Internet users should educate themselves about what is–and isn’t–private on their online accounts and profiles.