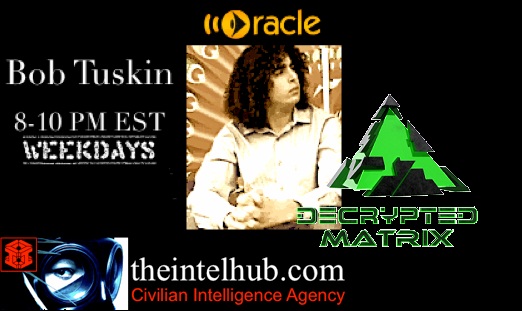 An eternal student of economics, science and the arts. His radio career began at age 15, then with 911 as the backdrop, his activist side began to emerge. An organic gardener, a radio show host and activist, he seeks a higher form of wisdom and works hard to ensure a better place for his children’s children.

Seeking an end to the current slavery-based system in which we live, his solutions based understanding is an important asset. As an active! activist, and with the skills of grammar, logic and rhetoric, the Trivium, in hand, Tuskin often speaks in front of city commissions, the environmental protection agency and others in the pursuit of 911 justice, to promote awareness of geo-engineering and other topics.

Never pollyannaish and never afraid to speak his mind, with Bob Tuskin the truth shall be told. Bob will also be running for his local sheriffs office.

The Bob Tuskin Show is live Monday through Friday 8 to 10pm est.