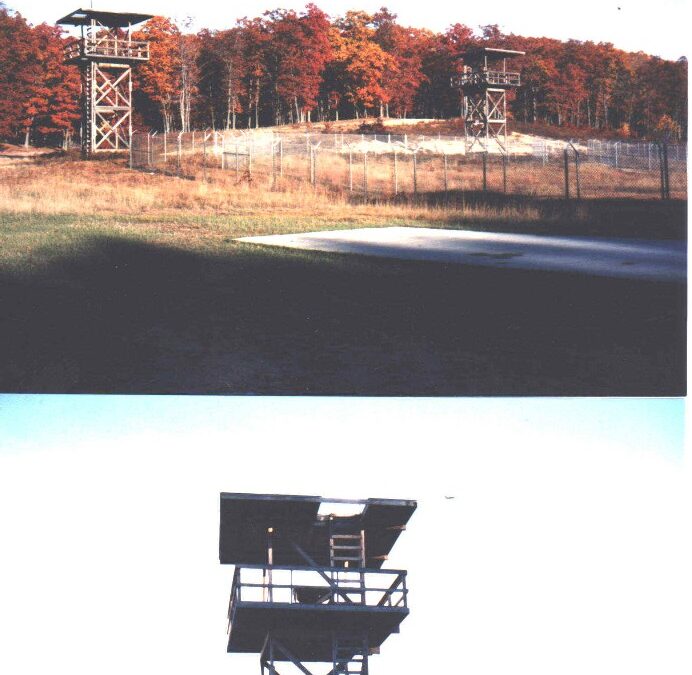 Massive Concentration Camps are already operational within the U.S.

These camps, like Hitler’s and Stalin’s camps are filled with political prisoners and slave labor.  The majority of prisoners in these camps have not committed any crime.  The Law in the U.S. requires three elements to be present in any crime: the Act, Intent and Damage (MENS REA – willful intent, ACTUS REUS – act or crime, CORPUS DELICTI – body of the crime, the actual damage).  It is estimated that 90% of the people prosecuted by the courts in the U.S. committed no crime.

To get an idea of what the New World Order authorities in the U.S. considers a “Terrorist” consider the actual definitions being put out by local and Federal authorities: What are Some Characteristics of Terrorists?: “Nice-guy image” “Property Rights Activists” “Environmental and Animal Rights” “Influence governmental of social policy” “Undermine confidence in the government” “Anti-government and Militia Movement” “Create an atmosphere of anxiety amongst the public” “Will employ a variety of vehicles and communicate predominantly by cell-phone, E-mail, or text messaging services” “Trained to be physically aware of their environment, whether it be a 747 jumbo jet or a court house” “May appear ‘normal’ in appearance… tourists, student, or businessperson” see Who’s a Terrorist?

While the U.S. points it’s finger at China for slave labor, the prisons in the U.S. operate slave labor camps that produce

Some of these sprawling Concentration Camps such as the facility outside Lancaster in the desert above Los Angeles California, include all the workshops and facilities behind massive fences and guard towers, more ominous, right next to the adult slave labor camp are “medical facilities” also with massive razor wire fences which conjure chillingly similar thoughts and images to Hitler’s medical experimentation facilities.  Also in the dessert next to the all male Concentration Camp and Medical Facility is a “Youth Facility”.

Recently a Prime-Time international TV crew approached Liberty For Life for assistance in producing a documentary on “Concentration Camps in America”.  “The irony is that US citizens are now dependant on free press in Russia to get the truth out about what’s going on in the US.” says Clive Boustred, Chairman of Liberty of Life and CopperCards pictured outside one of the Concentration Camps in the U.S. with the top team from Russia TV.

While the existing Camps throughout the US are known and operational, there are many more concerning facilities that appear to be set aside for FEMA camps.  Some of these potential locations are listed below. These locations have been sourced from various websites.  Many of the locations have, on further examination, not mustered anything close to what one would consider a Concentration Camp. However, the Halliburton contract clearly allows any FIMA / Homeland Security facility or Military Base to be rapidly converted into a Concentration Camp

The following video is of a FEMA ‘railway repair facility’ – the only problem is that the barbed wire fences are designed not to keep people out, they face inwards.  While there is no use or need for the facility, the government has been spending millions of dollars converting this facility into an ideal concentration camp along with gassing equipment.  Most people by now know that George W. Bush’s grand father funded Hitler See Bushes.  Most are not aware that the primary share holders of ‘our’ Federal Reserve Bank, the Rothschild’s, also funded both Stalin and Hitler.  Their goals and methodologies have not changed.  Fascists Socialist Nations terrified by “unseen terrorists” make ideal breeding grounds for massive financial profit.  It is also worth looking into the FBI’s programs to prepare children for living in this U.S.S.A. Police State.

On March 28, 2009, the satellite image below of the “Swift Luck Greens” facility in central Wyoming was “accidentally” made available by the Department of Homeland Security and pulled down within an hour:

Note security fence turned inwards.  800+ of these new facilities are empty. Built for what? Waiting for what? You?