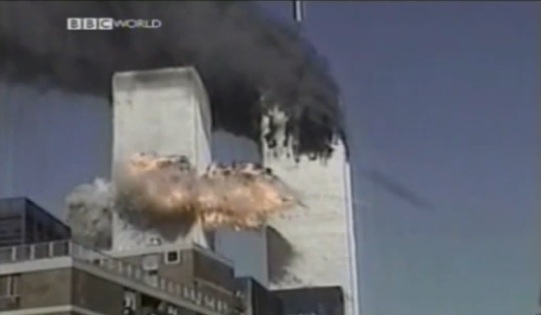 There have been numerous videos that show a missile hitting WTC 2. The UFO or whatever it is is also seen in many of them.

Though a missile may be any thrown or launched object, it colloquially almost always refers to a self-propelled guided weapon system.