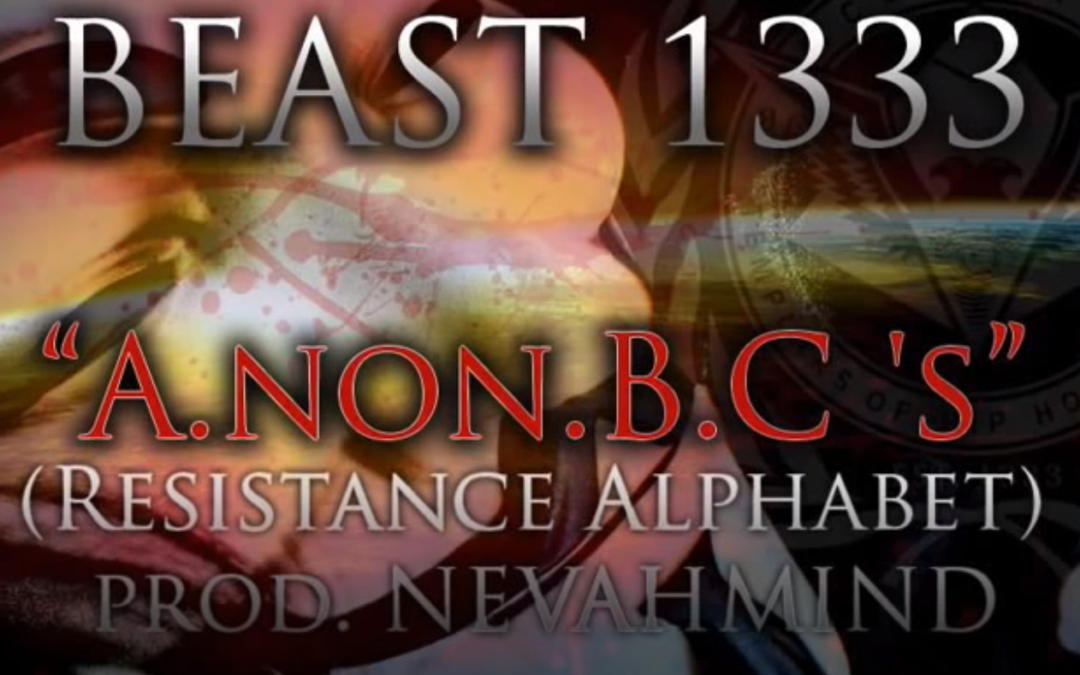 Ya’ll want the Alphabet?
A’s for airborne Diseases on Your Deathbed
As you Clamor and Pray to Jesus
B’s for Black magic fingers Itching to kill a Bilderberg
B’s for Bohemian Grove they Killing kids I heard
C’s for the chemtrails that Propagate and coat the City
C’s for the Comet that’s Coming this shit Aint gon be Pretty
D’s for the Devils & Demons that Play with D.N.A.
D’s for the Dicks that set us up that work for D.E.A.
E’s for the Eathquakes and F’s for Fukushima
the F.B.I. is working in Cahoots with Fucking F.E.M.A
G’s for Genetically modified everything they Grow
H is for H.a.a.r.p and the Holograms
I am in the Know
J’s for the Signals from Space they stay Jamming
K’s for the KKK who gay Slamming
L’s for the Lizards that made us turn to Human form
M’s for the Mind Control of Simple Brains
they Use it for em
N’s for the New World Order and all the Neocons
O’s for the Ozone Depletion will live to See it Gone
P’s for the Pork Pigs I live in a Police State
Q’s why i question Authority the Police hate
R’s for the Radiation cookin us from Inside
S is for the Satellites orbiting High the Seeing Eye
T’s for the Talent it Takes to Tie Tracks Together
Treacherous Tornadoes Tsunamis all types of Killer Weather
U’s for the Underground cities inside the Hollow Earth
V’s for the Visitors Viewing Us aint no Dollars worth
W’s what more can i say? the Dumbest president
W’s the World trade Workers inhaling Sediment
X is for the Xenophobe’s that dance the Jig of Xylophone
Y is for the Yuppy politicians on the Microphone
Y is for Yale and the Growing numbers of Skull and Bones
Z is for Zealots that call America they Home
Z is for the Zoo and the animals that We’ve all become