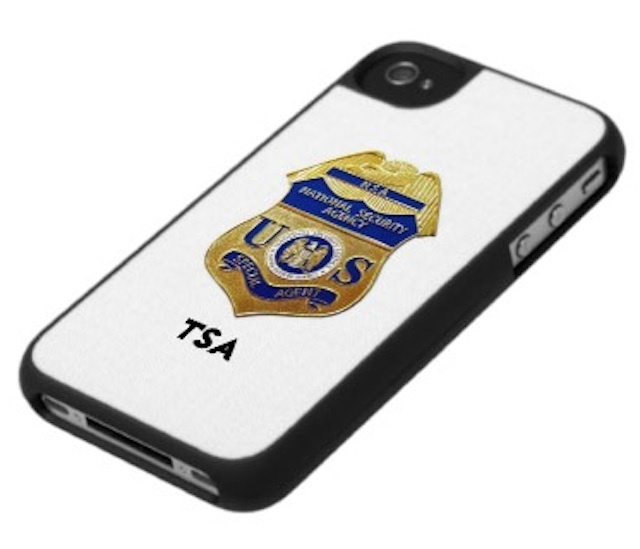 “Currently — as most of us know — TSA agents briefly examine government ID and boarding passes as each passenger presents their documents at a checkpoint at the end of a security line. Thom Patterson writes at CNN that under a 2008 Apple patent application that was approved in July and filed under the working title “iTravel,” a traveler’s phone would automatically send electronic identification to a TSA agent as soon as the traveler got in line and as each traveler waits in line. TSA agents would examine the electronic ID at an electronic viewing station. Next, at the X-ray stations, a traveler’s phone would confirm to security agents that the traveler’s ID had already been checked. Apple’s patent calls for the placement of special kiosks (PDF) around the airport which will automatically exchange data with your phone via a close range wireless technology called near field communication (NFC). Throughout the process, the phone photo could be displayed on a screen for comparison with the traveler. Facial recognition software could be included in the process. Several experts say a key question that must be answered is: How would you prove that the phone is yours? To get around this problem, future phones or electronic ID may require some form of biometric security function including photo, fingerprint and photo retinal scan comparisons. Of course, there is still a ways to go. If consumers, airlines, airports and the TSA don’t embrace the NFC kiosks, experts say it’s unlikely Apple’s vision would become reality. ‘First you would have to sell industry on Apple’s idea. Then you’d have to sell it to travel consumers,’ says Neil Hughes of Apple Insider. ‘It’s a chicken-and-egg problem.'”