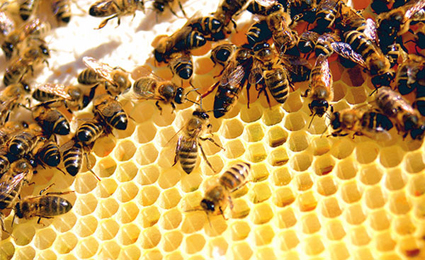 Monsanto only cares about bee’s so they can figure out how to make them only pollinate Monsanto GMO crops. Whistle-blower testimony and supporting evidence will confirm that Monsanto seeks ultimate agricultural world domination through most incomprehensible and nefarious means.  -Anonymous

Monsanto, the massive biotechnology company being blamed for contributing to the dwindling bee population, has bought up one of the leading bee collapse research organizations. Recently banned from Poland with one of the primary reasons being that the company’s genetically modified corn may be devastating the dying bee population, it is evident that Monsanto is under serious fire for their role in the downfall of the vital insects. It is therefore quite apparent why Monsanto bought one of the largest bee research firms on the planet.

It can be found in public company reports hosted on mainstream media that Monsanto scooped up the Beeologics firm back in September 2011. During this time the correlation between Monsanto’s GM crops and the bee decline was not explored in the mainstream, and in fact it was hardly touched upon until Polish officials addressed the serious concern amid the monumental ban. Owning a major organization that focuses heavily on the bee collapse and is recognized by the USDA for their mission statement of “restoring bee health and protecting the future of insect pollination” could be very advantageous for Monsanto.

In fact, Beelogics’ company information states that the primary goal of the firm is to study the very collapse disorder that is thought to be a result — at least in part — of Monsanto’s own creations. Their website states:

While its primary goal is to control the Colony Collapse Disorder (CCD) and Israeli Acute Paralysis Virus (IAPV) infection crises, Beeologics’ mission is to become the guardian of bee health worldwide.

What’s more, Beelogics is recognized by the USDA, the USDA-ARS, the media, and ‘leading entomologists’ worldwide. The USDA, of course, has a great relationship with Monsanto. The government agency has gone to great lengths to ensure that Monsanto’s financial gains continue to soar, going as far as to give the company special speed approval for their newest genetically engineered seed varieties. It turns out that Monsanto was not getting quick enough approval for their crops, which have been linked to severe organ damage and other significant health concerns.

Steve Censky, chief executive officer of the American Soybean Association, states it quite plainly. It was a move to help Monsanto and other biotechnology giants squash competition and make profits. After all, who cares about public health?

“It is a concern from a competition standpoint,” Censky said in a telephone interview.

It appears that when Monsanto cannot answer for their environmental devastation, they buy up a company that may potentially be their ‘experts’ in denying any such link between their crops and the bee decline.