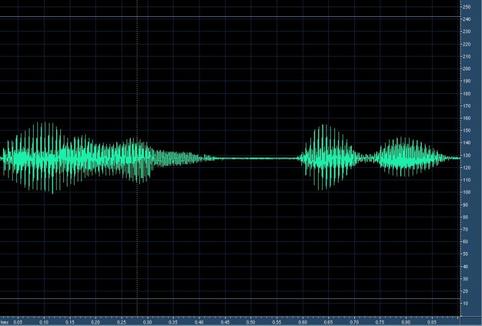 The British Government Communications Headquarters, which snoops on criminal suspects and works with MI6 spies, used voice identification technology to help uncover the plot, AP says. Several of the voices were recorded along the Pakistan-Afghanistan border.

Voiceprinting compares known voice recordings to new conversations to determine who is speaking. It involves recording words to capture the frequencies associated with a person’s voice, and using statisical models to extrapolate speech patterns. Advocates say it is as accurate as a fingerprint, and can be more useful especially for monitoring overseas suspects.

“Advances in these types of technology have been key in thwarting plots and catching suspects,” an anonymous British government official said.

Critics say voiceprints can be inaccurate, however, because a person’s voice is affected by variables like mood and health.

The recent arrests are the not the first time criminals’ own voices have betrayed them. In 2007, police arrested Colombian drug kingpin Juan Carlos Ramirez Abadia, who used plastic surgery and multiple aliases to dodge authorities, after the US Drug Enforcement Agency matched his voice to a tape recording made by Colombian authorities. The Pentagon even uses voiceprinting in Iraq.

Law enforcement agencies are reportedly considering how a voice database could help prevent future plots, AP says. An Interpol official said voice samples could be stored and shared with its 188 member countries.