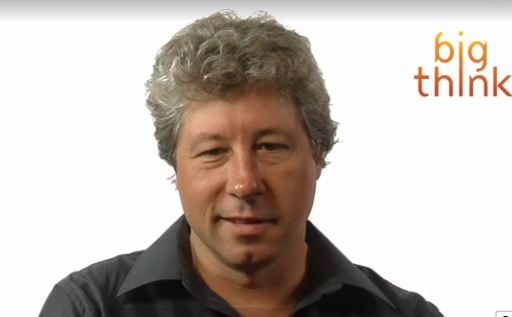 How’s that for a Wednesday evening mind-bender?

Erik Verlinde, a Dutch theoretical physicist and string theorist, has some questions about gravity–one question specifically: where does gravity come from? Turns out, Verlinde explains, that gravity is an illusion.

Gravity, of course, is something that have, well, many people have already thought about.  It’s something that we see every day and it’s not like it’s not existent in our ordinary life. But what I mean by that it’s an illusion is that one would eventually like to know where it comes from, an explanation.

Up to now we have, well, descriptions, I mean, Newton, of course, is the one famous for first writing down a theory of gravity and he described why apples fall and why the moon goes around the earth using the same basic equation for gravity, but he described it.  He had to assume that gravity was there and then had to write down a law that described that when two masses are a certain distance, how they attract each other.

But he was also not very happy with the fact that we should just, well, assume that these things, these objects, attract each other and without even anything in between.  So if there are two masses and empty space, there’s no, nothing that really happens between them, but still, they’re attracting each other.  And he thought that was kind of mysterious and that it was something he would have liked to explain in a better way.

So later came Einstein and Einstein, with his theory of relativity, eventually realized that also gravity has to be described in a different way….

Watch the physicist explain all of this below:

What is Quantum Jumping?

The Mind as a Stargate