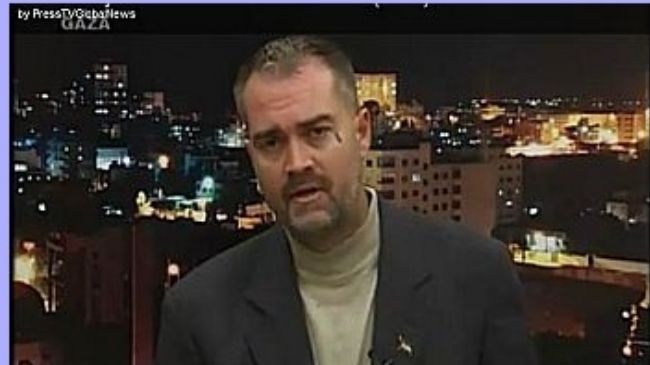 political analyst and former U.S. marine has described Queen Elizabeth II of Britain as a “mad woman” after her intervention in the case of Abu Hamza’s extradition.

Ken O’Keefe, said in an interview on a Press TV evening program, the British Queen holds a very powerful position in the world and is not just “a little old grandma”.

O’Keefe said, “I think any person with any kind of sanity and any kind of intuitive skills can simply take a look at the queen. There are plenty of pictures of her where you can see her for what she is, she is a mad woman. This is not a sane and healthy human being, this is a mad woman”.

The former US marine also mentioned that the Queen’s real estate holding is as much as a fifth of the world, while being the biggest land owner “on the planet”.

O’Keefe’s comments come after he was asked about the Queen’s recent involvement in the arrest and extradition of Muslim cleric, Abu Hamza al-Masri to the U.S. The Guardian reported on September 25 that Elizabeth II lobbied for Hamza’s arrest to be secured, and be extradited to the United States along with four other suspects over allegations of promoting terrorism.

Last week, British MP George Galloway denounced the state-run BBC’s apology for the queen’s comments being exposed regarding Hamza. Galloway insisted that it was the British Queen’s responsibility to make the apology for interfering in UK politics.
via PressTV.ir