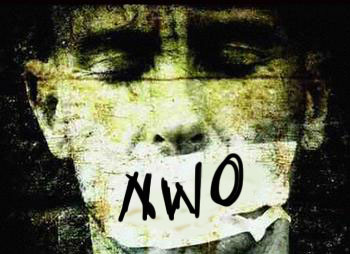 According to a report from the “Combatting Terrorism Center” at West Point, ‘Anti-Federalists’ who oppose a New World Order as well as members of several other far right wing activist groups are potential terrorist threats.

West Point is the U.S. Military Academy that trains, educates, and prepares Cadets for their service in the U.S. Army.

The CTC (Combatting Terrorism Center) at West Point was established following the events on September 11, 2001 because of the belief that strong initiative was needed to prepare Cadets for the new environments they would be headed into upon graduating in the post-9/11 era.

The CTC provides a unique terrorism-based education and since its creation, the program has received international recognition for its studies, reports, and teachings on terrorism and terrorist threats.

A new report from the CTC, however, suggests that far right wing political activists, not radical Islamic groups, are the new terrorist threat in America and even goes so far as to say that those who oppose a ‘New World Order’ are potentially violent terrorists.

One of the groups this report warns of is the modern ‘Anti-Federalist’ group, which the report says contains people who believe the American political system has been hijacked by external forces interested in promoting a ‘New World Order,’ an idea that has even been confirmed by David Rockefeller in his book “Memoirs” [1] and George H.W. Bush in various speeches.

The CTC report goes on to say that these ‘Anti-Federalists’ believe the federal government has become corrupt and tyrannical because of its intrusion on the civil constitutional rights of the American people and support civil activism, individual freedoms, and self-government.

According to the report, these people believe that the push for a tyrannical global government would result in disarming the American people and their violence, the report says, may be directed towards the federal government itself and its proxies in law enforcement.

The FBI and Department of Homeland Security have already released documents which suggest that anyone who has coffee grinders, coffee filters, goggles, and scientific equipment could be involved in creating CBR weapons and should be reported to local authorities.

They have also stated that photographers should be monitored for potential terrorism and they have released guidelinesfor suspicious activity reporting at hotels.

This newly released CTC report, which showcases the exploitation of people like Timothy McVeigh and the small wave of violence from right wing groups in the 1990s to suggest that all right-wingers are potentially violent and even loosely associates those who oppose a one world government with skinheads, Neo-Nazis, and the KKK, is only a small example of the growing paranoia over terrorism and the expanding surveillance state in America.

Why is this all important? Regardless of personal ties to these groups, we must be asking the following question:

If these people can be classified so easily as terrorists, what would prevent everyone from being a potential terrorist? Because according to American policy, anyone suspected of terrorism can now be indefinitely detained without a trial.

Alex Allen is a Digital Journalist based in Irvington, Kentucky, United States with Expertise in Politics and Government.

Am I About To Be Labeled a “Domestic Terrorist”?