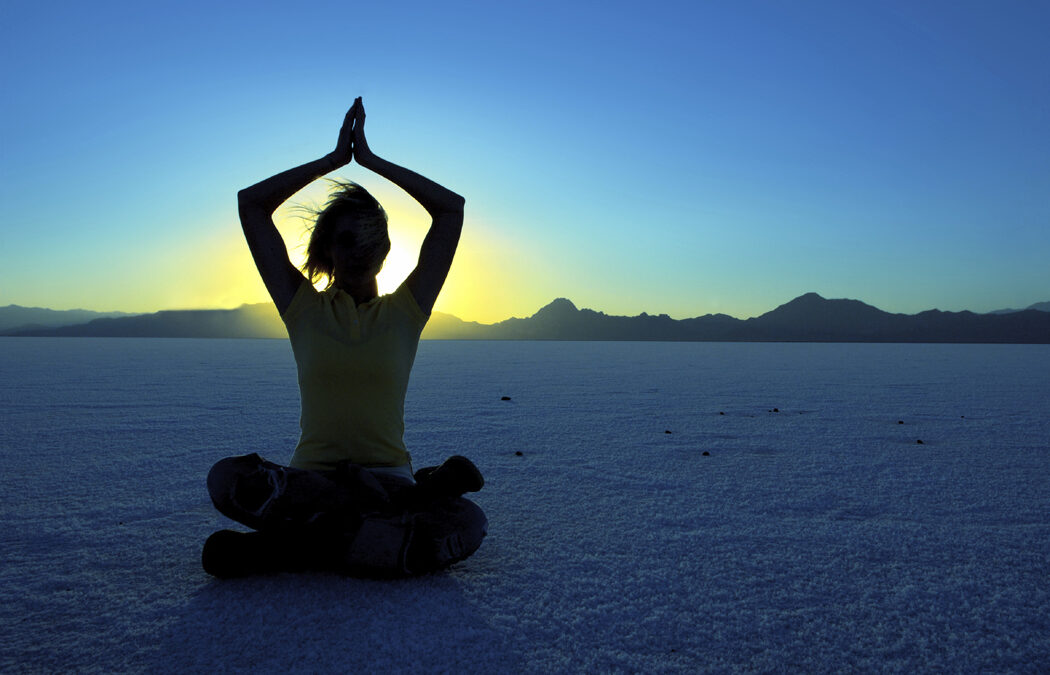 There is evidence in the archeological record that yoga has been practiced by humans for at least 5,000 years. Whereas this would constitute sufficient evidence for most folks to consider it a practice with real health benefits, as its millions of practitioners widely claim, skeptics say otherwise. They require any activity deemed to be of therapeutic value run the gauntlet of randomized, controlled clinical trials before it is fully accepted within the conventional medical system.

This tendency towards scientism in medicine, or what some call medical monotheism, runs diametrically opposed to the standards of lived-experience – so called “subjectivity” – or anecdotal experience (learning from the experience of others) which is what the majority of the world uses to determine if something has value, or is worth doing or not.

Yoga, of course, is no longer exclusively practiced by a particular religious group.  It is considered a form of low-impact exercise and stress-reduction, and is estimated to be practiced by 20 million people in the US alone.  This burgeoning interest among Westerners happens to be why so much human clinical research has now been performed on yoga. The US National Library of Medicine’s bibliographic database shows that in 1968, seven studies were published on yoga. This year, there have been over 250. So much research, in fact, has accumulated that even systematic reviews of the literature have now been published.

Take a recently published systematic review in the Clinical Journal of Pain where an evaluation of ten randomized controlled trials found patients with chronic low back pain found “short-term effectiveness and moderate evidence for long-term effectiveness of yoga for chronic low back pain.”[i]gpub_46558_therapeutic_action_yoga
The meta-analysis sits comfortably on the top of the pyramid of truth of “evidence-based” medicine.  Once confirmation has occurred at these heights, few can accuse such an intervention of “quackery” without indicting the very holy grail of modern medicine itself.

So, what other human clinical research now confirms the value of yoga in the prevention and treatment of disease?  We have found evidence supporting the use of yoga in as many as 70 distinct disease categories, all of which can be viewed on our Yoga Health Benefits page, and with 7 listed below:

The examples above, of course, concern very specific health benefits. The experienced health benefits of yoga, on the other hand, are far more numerous and all-encompassing  than the reductionist medical model seeking to grant it official recognition and credibility will ever be able to fully grasp.

Nonetheless, it is clear that yoga has come of age. Ancient wisdom is finding renewed confirmation by men and women in lab coats, who themselves could stand to loosen up and throw down a sun salutation or two. Considering the aforementioned “scientific research” available today, they might now be more inclined to do so.
This downloadable document (GMI PUB) is filled with medically researched knowledge, relevant information and pertinent data on Yoga. The GMI PUB contains 74 articles which consists of a Cumulative Knowledge * of 671. This GMI PUB document will greatly reduce your research time due to the Cumulative Knowledge feature, and contains a condensed form of the studies that we have accumulated on Yoga.

In order to promote awareness of the clinically-confirmed health benefits of yoga we are offering our Yoga GMI Doc PDF to be downloaded for free. Click the Icon above as a registered user to do so.