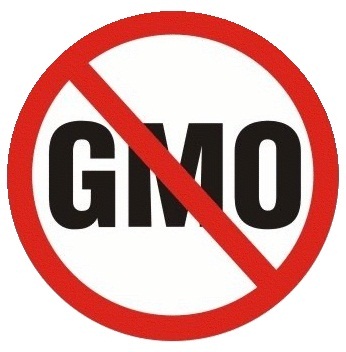 (NaturalNews) The National Defense Authorization Act (NDAA) — an act which allows for the government of the United States to indefinitely imprison citizens without any access to due process — has been signed in accordance with a Congress that represents Corporate America and Big Agriculture, but not “we the people”. So now we should all consider that the FBI has nothing better to do than seek food activists as terrorists among the other activists deemed domestic terrorists.

The FBI investigated a former Chicago Tribune journalist for handing out leaflets advocating animal rights. Will Potter was arrested by Chicago police and then released. Shortly after, the FBI knocked on his door. Will was threatened with being placed on the “domestic terrorist list.”

More journalist than street activist, Will decided to dive into the rabbit hole of federal law enforcement suppressing environmental and animal rights activists. From that experience he wrote his book Green is the New Red: An Insider’s Account of a Social Movement Under Siege. What will discloses is disturbing.

But usually these activists conduct peaceful demonstrations and disseminate materials promoting their valid causes. If there is any vandalism, one could be charged for that and either fined or jailed according to the offense and the accused person’s previous record.

Per prison documentation, CMUs are “self-contained” housing units for prisoners who “require increased monitoring of communication” in order to “protect the public.” Current prisoners were transferred from minimal security prisons to CMUs without notice or due process.

The CMUs limit phone calls, visiting time, and mail much more than even maximum security prisons. Everything is monitored closely. Another Prison Bureau mission statement for CMUs is to keep people with “inspirational significance” from communicating with their groups or anyone in the media and public.

And now food activists are eligible for CMUs

This covers a wide spectrum of peaceful activists. Documents retrieved under the Freedom of Information Act (FIA) disclose the FBI’s intent to infiltrate food activist groups and arrest food activists as domestic terrorists.

There have been raids on the Food Not Bombs activist groups. Their activity has involved creating vegetarian buffet food stands in public parks to feed the homeless, protest marches, and investigating and communicating corrupt global food distribution. That’s a hot one!

Recently, public park feeding festivals were closed down forcefully. Members are often under surveillance. As early as 1989, military run classes in domestic training used the Food Not Bombs group as a case-study for one of “America’s most hardcore terrorist groups”.

Most of us know of other raids on raw milk distributors, family farms, private vegetable gardens and private food storage facilities. An outdoor vegetarian banquet held at someone’s ranch was even disrupted by state health officials recently.

All of these cases of local law enforcement or food agency harassment eventually make their way into FBI files. But there’s more — the FBI has urged local authorities to harass and provide information. A Food Not Bombs site reports that private security agents from large corporations, like Monsanto, are also involved with food activist surveillance and monitoring.

The “War on Terror” is the cover for all this intimidation of citizens actively concerned about the future of food quality and food freedom. A compliant media and dumbed down population allows it. (http://www.naturalnews.com/034538_N…)

CENSORED: Nothing Better to Do – The NSA Goes After Parody T-Shirts