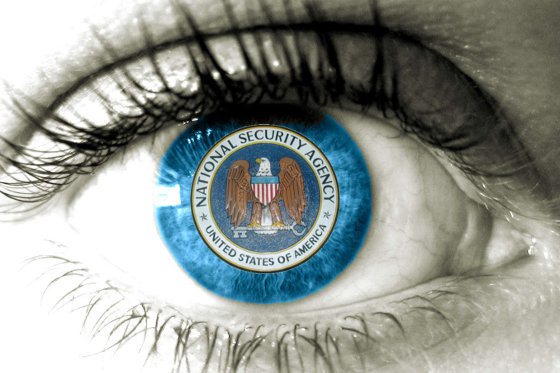 Shortly after the Snowden leaks began exposing the NSA’s massive collection efforts, the New York Times uncovered the DEA’s direct access to AT&T telecom switches (via non-government employee “analysts” working for AT&T), from which it and other law enforcement agencies were able to gather phone call and location data.

Unlike the NSA’s bulk records programs (which are limited to holding five years worth of data), the Hemisphere database stretches back to 1987 and advertises instant access to “10 years of records.” And unlike the NSA’s program, there’s not even the slightest bit of oversight. All law enforcement needs to run a search of the Hemisphere database is an administrative subpoena — a piece of paper roughly equivalent to calling up Hemisphere analysts and asking them to run a few numbers. Administrative subpoenas are only subject to the oversight of the agency issuing them.

It’s highly unlikely these administrative subpoenas are stored (where they could be accessed as public records) considering the constant emphasis placed on parallel construction in the documents obtained by Dustin Slaughter of MuckRock — documents it took the DEA ten months to turn over.

Unlike the documents obtained by the New York Times (possibly inadvertently), these do contain a few redactions, including some apparent success stories compiled at the end of the presentation. But like the earlier documents, the documents show that the DEA and law enforcement have unchecked access to a database that agents and officers are never allowed to talk about — not even inside a courtroom.

It is expected that all Hemisphere requests will be paralleled with a subpoena for CDRs from the official carrier for evidentiary purposes.

It’s spelled out more explicitly on a later slide, listed under “Official Reporting.”

DO NOT mention Hemisphere in any official reports or court documents.

Judging from the request date, it would appear that this version of the Hemisphere presentation possibly precedes the New York Times’ version. However, this one does not name the cooperating telco, although that appears to be a deliberate choice of the person writing the presentation, rather than due to redaction. At one point the document declares Hemisphere can access records “regardless of carrier,” but later clarifies that it will only gather info that crosses certain telecom switches — most likely AT&T’s. Additional subpoenas will be needed to gather info from other carriers, as well as to obtain subscriber information linked to searched numbers. This small limitation plays right into the DEA’s insistence that Hemisphe

re be “walled off” from defendants, court systems and the public.

If exigent circumstances make parallel construction difficult, Hemisphere analysts (non-government liaisons within the telco) will “continue to work with the investigator throughout the entire prosecution process in order to ensure the integrity of
Hemisphere and the case at hand.” Analysts are allowed to advise investigators on report writing, presentations to prosecutors and issues occurring during the trial phase. The word “integrity” seems out of place when it describes non-government employees assisting government agencies in hiding the origin of evidence from other government agencies.

Cross-referencing what’s been redacted in this one with the unredacted document published earlier, it appears as though the DEA is trying to (belatedly) hide the fact that its Hemisphere can also search IMSI and IMEI data (for wireless connections). Although this document states (after a long redaction) that Hemisphere does not collect subscriber information, that’s only partially true. As of July 2012, subscriber information for AT&T customers can be obtained from the database. This information may have been redacted or it may be that this presentation pre-dates this added ability.

What this shows is that the DEA has access to loads of information and a policy of “parallel construction in all things.” Tons of other government agencies, including the NSA, FBI and CIA are funneling information to the DEA and instructing it to hide the origin. The DEA then demands law enforcement agencies around the nation to do the same thing. This stacks the deck against defendants, who are “walled off” from the chain of evidence, preventing them from challenging sources, methods or the integrity of the evidence itself.