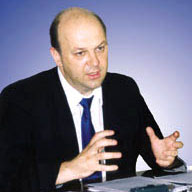 Dr. Benito Que, age 52, was found on November 12, 2001 and later died on December 6, 2001. He was found Comatose from what was called a mugging and died later in the hospital. He was found in the street near the laboratory where he worked at the University of Miami Medical School. Among Dr. Que’s friends and family, there is firm belief that Dr. Que was attacked by four men, at least one of whom had a baseball bat. Dr. Que’s death has now been officially ruled “natural”, caused by cardiac arrest. He was a cell biologist, involved in research on aids, oncology research in the hematology department.