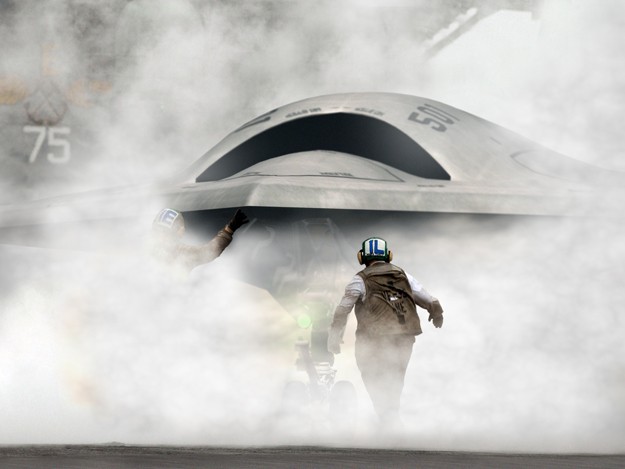 The history of pilotless aircraft in the United States military stretches back to the days of the Wright brothers. It’s difficult to describe any good that emerges from warfare, but many modern technological advancements — computers, zippers, microwaves — can be traced back to conflicts of a bygone era. Today unmanned aerial vehicles are being used by a whole slew of people, the U.S. Department of Defense being just one primary example. While drones have been used routinely to support or undertake lethal force abroad for over a decade, their domestic applications are just now being given more serious consideration. The capabilities and contributions of UAVs have, up until recently, been propelled more or less exclusively by the defense community. UAV technology may currently be associated with what some would consider secretive and nefarious militarism, but in examining the range of practical, commercial applications we can only hope that drone technology will begin to move away from the dark side.

President Obama’s approach to counterterrorism has been marked by his embrace of drone technology to target terrorist operatives. But they’ve come a long way since their first strike operations: drone backpacks are now used by soldiers, and Predator drones come equipped with even more powerful warheads. U.S. DOD spending on drones increased from $284M in 2000 to $3.3B in October of 2012. Small surveillance drones, called Cicadas, are now being released from balloons to collect data on the ground in Iraq. In short, the military has a seemingly infinite range of uses for unmanned aerial vehicles, large and small. And the scope of drone missions only continues to expand, as the technology necessary to program and operate them becomes at once more commonplace and versatile. Over the next decade, the Pentagon anticipates that the number of “multirole” UAVs (those capable of both spying and striking) will nearly quadruple.

As of October 2013, the Federal Aviation Administration had issued 285 clearance certificates for drones inside the United States. Under pressure from the Unmanned Systems Caucus (or drone lobby) the Department of Homeland Security has accepted eight Predator drones for use along the U.S.-Canada and U.S.-Mexico borders. The FAA is set to further open skies to commercial drones by 2015, allowing civilians to finally explore and expand upon the uses of UAV technology. But even with the law by their side, can civilian companies ever hope to utilize drones to the extent in which they are employed by the military? Many recognize the civil potential of flying robots, but recognize that with certain valuable contributions also comes the possibility of tighter law enforcement and increased government surveillance.

The dualistic nature of drones is being explored by hobbyists and venture capitalists alike. Mark Zuckerberg of Facebook is even developing a program that will employ drones and satellite internet to deliver internet to disenfranchised communities throughout the world. While this probably speaks to Zuckerberg’s opportunism (and his desire to compete in the marketplace against Google’s Loon Project and HughesNet Internet) that isn’t to say that people in underserved communities don’t stand to benefit. The U.S. government already uses drones to protect endangered wildlife species, like the sandhill crane, and researchers in Indonesia and Malaysia are also using unmanned aerial devices to monitor the activity of similarly threatened orangutan populations. UAV systems are emerging as key tools in agricultural innovation and the monitoring of natural resources. Search and rescue missions, 3-D mapping and surveying projects, and hurricane tracking projects are also being carried out by UAVs. With unmanned aircraft, it seems the sky’s the limit for civil and commercial usage.

But the business of drones still comes with plenty of risks. The American Civil Liberties Union has warned of a “dystopian future” in which “mass, suspicionless searches of the general population” are the norm. Given the history of drones as advanced tools of the government and military, this doesn’t seem like an empty threat. And for now, the law still stands in the way of any real development on the commercial end. Despite the fact that many ideas for drones, from the delivery of Amazon parcels to Domino’s pizzas, have been suggested, the military still holds the key to their innovation from an American standpoint. Their function as a militaristic tool remains at the forefront of their continued growth, resulting in large spending increases for advanced cameras, sensors, and systems with attack capabilities. But the integration of drone technology into domestic airspace by law enforcement — and later, by corporations — seems inevitable. As technological improvements continue to catapult the UAV industry into the future, the true beneficiaries of these developments remain to be seen.