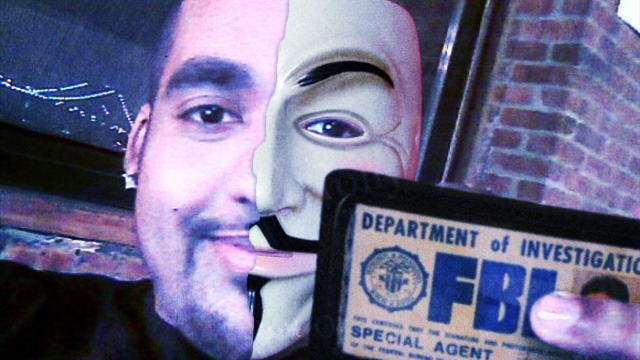 History was made today in a NYC courtroom with the extra-leniant sentencing of notorious Anonymous hacker turned FBI Informant ‘Sabu’ otherwise known as Hector Xavier Monsegur. But, what if things are not what they appear to be?

When considering history in hindsight, things were rarely what they seemed at the time. Cybersecurity drama and events should be held in similar regard, as the game of smoke and mirrors has never been more applicable than within the globally distributed Internet and its ‘security mechanisms’. Lets take a moment to consider the recent developments with this case and look at the sentencing from a different perspective.

Federal agents and LEAs accross the globe have been known to bend the rules, outright lie, or falsify evidence to suit their best interest. Not in pursuit of truth nor justice, but instead in pursuit of ‘winning’ at whatever cost. Another subject entirely, but it remains a fundamental pillar to this overall hypothesis.. What if Sabu never flipped, and [for reasons still unclear] they are only providing the illusion that he has?

Virtually everything known about how these ‘hacks’ unfolded has been described only by Court Documents and MSM/Fox News opinion of those documents. When considering that the messaging is one sided, it becomes even more interesting when observing how hard the MSM and FBI have pushed this message, which is that ‘Sabu turned informant on a dime’.

Judge Preska, being the wife of a hacked stratfor client, was arguably conflicted from start in Jeremy Hammond’s case, the individual who allegedly hacked Stratfor at behest of Sabu & the FBI. Today, this same judge not only provided a lenient sentence on Hector, but offered a public and glowing praise of the effectiveness of his efforts in subsequent critical takedowns. This is highly suspicious, as a ‘real’ thank you from a judge should be a sealed case, and witness protection. What the message actually sounded like was a backhanded compliment meaning ‘thanks for nothing, and good luck with the death threats’.

Love him or hate him, Sabu isn’t stupid. Certainly not, if he’s capable of doing all of these things the government claims he can do. In that assumption, one would allso assume he would outright demand protection, and probably future employment. What’s the point of flipping on multiple high value targets, if the end result is a publicly announced ‘time served’ with release back into a furious community, hated & minimum-wage forever? Finding a highly intelligent hacker that would agree to this, is incredibly unrealistic.

Taking an objective look at all the evidence, without bias, another theory can emerge. While it’s not much, there are historical Tweets and leaked IRC conversations to keep in mind, that may tell another side of the story. In a final Twitter posting, Sabu calls out the FBI for ‘being cowards, and not to give in’. Another post on the day before going dark, reminiscent of a yet-to-leak Snowden, Sabu describes invasive & illegal government spying, and hints that ‘informants & corporate compliance’ as the government’s only real tools. Some would just say he’s only playing the part. Others could say those tweets were a deliberate slap in the face, and evidence of non-compliance.

In those leaked IRC conversations, if believed are legitimate, outline some additional possibilities and variations to the actual events as we understand them.

You’ll find that m45t3rs4d0w8 (aka Sanguinarious) brings up the false flag possibility, and they discuss the lies of FoxNews and how ‘anons believe anything’ and ‘dont ask the right questions’. Later in the leaked record, its discussed how the MSM lied about how he was caught. It should be noted that alledged LulSec accomplice, JoePie91 also believes there are inconsitencies with the Sabu story, and how he was nabbed, as documented on his blog March 10, 2012 shortly after Sabu’s public arrest.

In what could be most telling, m45t3rs4d0w8 not Sabu that then explains “regarding those things they ‘said’ you did” he noticed some court documentation doesnt make sense, has missing dates, and possibly falsified Witness and Defendant signatures. Sabu replies, “Good things to question, sadly no one is questioning like you are”.

Other final bits to mention would be Sabu’s talk of return. “I cant wait until i’m sentenced so i can finally get the truth out”, and his disgust of LEA/FBI manipulations, “they will go through your entire life… they will find a way to blackmail your a**. I’m not even ****ing exaggerating.”

Journalism requires critical thinking in order to truly get the message across. Proposed are critical unanswered questions:

Q. If Sabu is cooperating with such efficiency, why is gov’t hanging him out to dry?

No Witness Protection Offered nor Demanded?
No Sealed Case (to Protect the Informant)?

Anyone else in Sabu’s shoes would likely have said “OK, you got me, i’ll cooperate. But you’re going to seal this case, and give me witness protection. Otherwise the public will crucify me”.

Q. Is there a chance that Sabu was apprehended, but the FBI simply used his alias to entrap Hammond / Davis / Ackroyd/ etc by themselves?

What proof do we really have that Hector himself is responsible?

Q. Could the FBI have decided that publicly promoting Sabu as a crucial Anonymous Informant was a most effective way to ‘make the FBI look good’, whether true or not?

If Sabu had not flipped, do we believe the FBI would admit this failure?
Does the FBI have the will & means to falsify this into reality?

In conclusion, opinion should still be out on whether Hector Xavier Monesgur deserves the landslide of lambasting. It would be wise to dig deeper, withhold some bias (towards the incarcerated) and keep in mind…

“All warfare, is based on deception..” Sun Tzu

Who will be the first to interview Xavier, and ask these and likely more very important questions?

Playing the part? Or a slap in the face of federal pressure?

Sabu ready to speak the truth?  Feds lying about how they caught him?