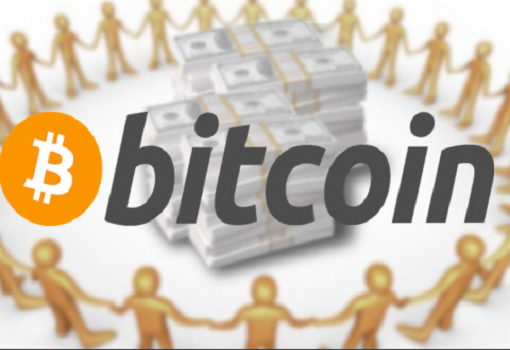 Bitcoin may have just gotten an upgrade.

Bitcoin Gavin Andresen announced today on the Bitcoin Talk forums that he has launched a non-profit, modeled on the Linux Foundation, that will seek to “help people exchange resources and ideas [about Bitcoin] more freely.”

If you’re unfamiliar with the Linux Foundation, it’s a non-profit aimed at promoting the growth and advancement of Linux, an open-source operating system. David Perry, author of Coding in My Sleep, describes the foundation as:

A non-profit entity explicitly designed to help Linux succeed. It does this by acting as a neutral spokesperson, building networks of Linux users and developers, promoting the use of standards to make developers’ lives easier and so on. They also sponsor a number of key developers financially, turning what would otherwise be a hobby into an actual pays-the-bills job, thus allowing the developers to remain independent and work full time on improving Linux.

Mr. Andresen has similar hopes for the Bitcoin Foundation, which will help to standardize and fund Bitcoin infrastructure, keep the currency secure, and work to correct false interpretations and misinformation about Bitcoin. Bitcoin developers and aficionados can pay for membership status, which ranges from a 2.5BTC annual membership (about $30, according to Preev) all the way up to 10,000BTC/year (about $123,000–which, whoa).

“I think Linux is a great ‘role model’ for Bitcoin,” he wrote in the announcement. “It is a very successful open source project that really embraced the notion of ‘open,’ encouraging the use of the core technology for a wide range of applications. I hope that the Bitcoin Foundation will help do the same for Bitcoin.”

Of course, the Linux Foundation is about promoting an operating system that only accounts for 1.55% of the OS market share, whereas the Bitcoin Foundation will work to promote a cryptocurrency sometimes used for blackmarket activity. Bitcoin has seen its own share of PR nightmares in recent months, from an exchange-paralyzing heist to talk of Bitcoin ponzi schemes. Perhaps the Bitcoin Foundation is just what the currency needs to clean up its image.

The Foundation itself even plainly states the need for an organization that can help break Bitcoin out of its cyberdungeon:

As the Bitcoin economy has evolved, we have all noticed barriers to its widespread adoption—botnets that attempt to undermine the network, hackers that threaten wallets, and an undeserved reputation stirred by ignorance and inaccurate reporting.

To us, it became clear that something had to be done. We see this foundation as critical for bringing legitimacy to the Bitcoin currency. Only then can we increase its adoption and positive impact on the world’s finance.

The Bitcoin Foundation has stacked its board with well-known, high-profile people active in the Bitcoin community so that users feel safe donating. Still, as Mr. Perry points out, “according to the dissenting voices, it’s representative only of the ‘big business’ side of Bitcoin, not the actual users.” Indeed, some users have expressed dissent on the boards, but for the most part they seem supportive of a unified effort to legitimize Bitcoin.

Plus, Mr. Andresen stresses that these decisions aren’t set in stone.

“The structure of the Foundation can be changed by a vote of its members,” he wrote, “and exactly what the Foundation does will largely depend on who is willing to step up do the work to make things happen.”