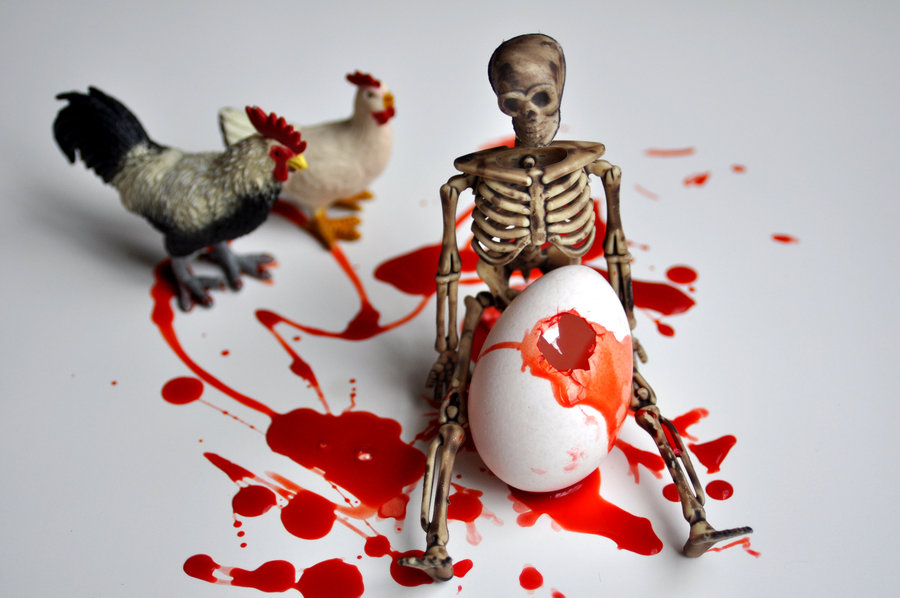 When we shop for food in a supermarket or eat a fast food hamburger and fries, most of us don’t give much thought to the way the food was produced, or to the amount of suffering and environmental cost that went into each bite. But research is beginning to show definitively that industrialized factory farming, particularly animal agriculture, is having a catastrophic effect on the environment and poses a significant threat to human health and well-being. The following five documentaries look at these problems head on.

Indigestible: The Film (2014): This 90-minute documentary by Geri Atos examines factory farming and its effects not only on the animals being raised for food, but also on human health and on the environment as a whole. The film seeks to uncover the truth about conditions for animals in these Concentrated Animal Feeding Operations, and uses interviews with experts in the public health and environmental fields to identify the far-reaching societal consequences of factory farming. You can stream Indigestible on Facebook.

Fat, Sick, & Nearly Dead (2010): Joe Cross, an affable Australian, decides he’s had enough of ill health and obesity and endeavors to transform his life. This documentary (which is streaming on Netflix) chronicles his journey as he undertakes a 60-day fruit and vegetable juice fast and travels across the United States, interviewing ordinary people along the way. Two of the people he meets are inspired by his efforts to change their own lives. At the end of his fast, Cross has lost 100 pounds and has no signs of the autoimmune disease that had plagued him. He presents his story as a cautionary tale for Americans plagued by obesity and poor diets.

Cowspiracy: The Sustainability Secret (2014): A close look at how industrialized farming is wrecking environment, this film features experts like Michael Pollan and Howard Lyman who argue that factory farming of animals is contributing to climate change, loss of forests, huge amounts of water pollution, and other environmental problems. Directors/producers Kip Andersen and Keegan Kuhn show that many organizations that supposedly want to help protect the climate, like Greenpeace, NRDC and Surfrider, seem to be ignoring the huge role that animal agriculture plays in messing up the environment. There’s a lot of food for thought in this one, and it’s online in full at Disclose.tv.

Cock Fight (2015): Produced by Fusion, a media company launched as a joint venture between Univision Communications and Disney/ABC, this six-part documentary tells the story of Craig Watts, a chicken farmer turned whistleblower. The picture it paints of the chicken industry is disturbing. Four companies control 54 percent of the chicken production in the United States, and they own and control almost every aspect of the production process. That leaves the farmers themselves little better than sharecroppers; most are “contractors” who don’t even own the chickens they raise and who spend much of their time killing undersized or deformed birds. Poverty, debt, and the fear of retaliation for speaking up against an unjust system are the lot of most chicken farmers today. Check this out on one of Fusion’s local channels.

Food, Inc. (2008): This PBS documentary by Robert Kenner presents a comprehensive and scathing picture of the highly mechanized global food industry which values efficiency and profit over health and well-being. The result, Kenner argues, is sick animals, environmental degradation, unhealthy food, obesity, diabetes, and other health issues, and a system in which a few giant producers hold all the power. With footage of production sites and meat packing operations, interviews with farmers, food workers, consumer advocates, and experts like Michael Pollan and Eric Schlosser, Kenner marshals a vast array of evidence to make his case against the industrialization of food. Food Inc. is streaming and on DVD from Netflix.

Each of these films offers a different take on issues related to factory farming and the global mechanized food industry, but all provide important information and insights into the dangers of the current system for human health and for the health of the planet. The first step in changing any of this is becoming aware of it, so do yourself a favor and lift the veil hiding the realities of the food industry!