Former RomneyCo-Chair: Banks Should Just Be Trusted To “Voluntarily” Self-Regulate 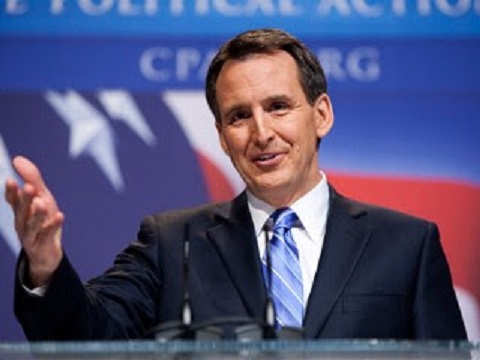 In news that is likely to surprise absolutely no one, Tim Pawlenty — who recently stepped down as Mitt Romney’s campaign co-chair in order to pursue a career as a lobbyist for the banking industry – has announced that the best way to prevent further apocalyptic financial meltdowns  from occuring is to allow banks to “voluntarily” regulate themselves.  (Just as a quick reminder, The Daily Dolt is not a satire website. This is an actual thing that Tim Pawlenty actually said, out loud, to other human beings who were alive during the 2008 Wall Street crisis.)

Pawlenty, the former Republican governor of Minnesota and unsuccessful presidential candidate, announced last week that he was stepping down as co-chairman of the Romney campaign in order to head the Financial Services Roundtable, a lobbying group that represents some of the largest financial services companies in the country. In his first press conference since announcing his new role, Pawlenty asked banks to “voluntarily” stop doing “stupid things”:

[Pawlenty] said he was asked while interviewing for the Roundtable job about how financial institutions can regain the public’s trust.

“These are large organizations with tens of thousands of employees in many cases. There is always going to be some individual doing something that’s off track. That’s human nature. But the obligation and the opportunity of the organizations is to put controls in place and a culture in place that minimizes the likelihood of that, but does it voluntarily.”

Pawlenty is not alone in his scorn for financial regulation. Mitt Romney has previously said he would “like to repeal [the] Dodd-Frank [law],” which was enacted to prevent another financial crisis like the one that occurred in 2008. “The extent of regulation in the banking industry has become extraordinarily burdensome following Dodd-Frank,” Romney told a roundtable of 18 businessmen last year at the ironically named restaurant, The Common Man.

Hey, speaking of capitalism, remember that thing you’ve totally been meaning to buy on Amazon recently? How about you go do that now?

Because then we make money, which will allow us to quit our day job to write for the Dolt full-time, which means more political fart jokes for everyone, which in turn is good for you. See? It’s the Circle of Capitalism. Aww, Tim Pawlenty would be so proud of all of us right now.