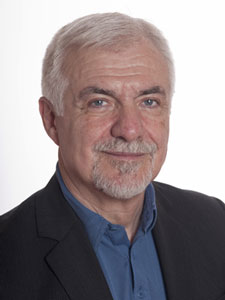 Franco Cerrina, 62. Died July 12 was found dead in a lab at BU’s Photonics Center on Monday morning. The cause of death is not yet known, but have ruled out homicide. Cerrina joined the faculty of BU in 2008 after spending 24 years on the faculty at the University of Wisconsin-Madison. He co-founded five companies, including NimbleGen Systems, Genetic Assemblies (merged with Codon Devices in 2006), Codon Devices, Biolitho, and Gen9, according to Nanowerk News. NimbleGen, a Madison, WI-based provider of DNA microarray technology, was sold to Basel, Switzerland-based Roche in 2007 for $272.5 million. Cerrina, chairman of the electrical and computer engineering department, came to BU two years ago from the University of Wisconsin at Madison as a leading scholar in optics, lithography, and nanotechnology, according to his biography on the university website. The scholar was responsible for establishing a new laboratory in the Photonics Center.