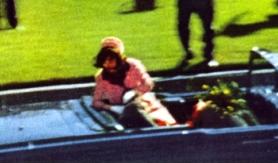 Mohammed Najibullah, (1996), president of Afghanistan from 1986 to 1992, killed by the Taliban during the capture of Qabul.

Pompey the Great, (48 BC), Roman politician killed in Egypt.

Samuel Doe, (1990), president of Liberia. A semiliterate army officer who himself overthrew and allowed the assassination of William Tolbert. The instability following his death led to the outbreak of full-scale war.

Emile Boga Doudou, (2002), interior minister of Côte d’Ivoire killed on the same day as Guei as the country plunged into civil war and street fighting occurred in the cities.

Louis Barthou, (1934), foreign minister of France killed along with Alexander of Yugoslavia at Marseille.

Xerxes II , (424 BC), Persian king killed by his brother Secydianus.

Ayatollah Mohammad Hossein Beheshti, (1981), killed along with over 60 others in bomb.

Shahpur Bakhtiar, (1991), Prime Minister of Iran briefly in 1979, stabbed to death at his home in France.

Assassinations in Ireland and the U.K.

Spencer Perceval, (1812), Prime Minister of the United Kingdom, only British prime minister to be assassinated.

Assassinations in the United States

George Moscone, (1978), Mayor of San Francisco killed along with Milk.

Assassinations in Yugoslavia (and successor states)

Assassinations in other regions

Birendra, (2001), King of Nepal (along with Queen Aiswary and 9 other members of the royal family).

Haruo Remeliik, (1985), president of the Pacific island of Palau.

Ahmad al-Ghashmi, (1978), president of North Yemen killed by bomb along with envoy from South Yemen.

Ibrahim Hashim, (1958), Jordanian politician, prime minister several times between the 1930s and shortly before his death – the previous three were all killed during the July 14 military coup in Iraq.

Carlos Delgado Chalbaud, (1950), chairman of the military junta of Venezuela.

Gabriel García Moreno, (1875), president of Ecuador known for his support of the Catholic church.

Zengi, (1146), ruler of Aleppo and Mosul and founder of the Zengid Dynasty.

Antiochus VI Dionysus, (138 BC), Seleucid heir to the throne.

Seleucus I Nicator, (281 BC), founder of the Seleucid dynasty.

Massimo D’Antona, (1999), advisor of the Italian Minister of Labour.

Leamon Hunt, (1984), US chief of the Sinai Multinational Force and Observer Group (assassinated in Rome).

Reinhard Heydrich, (1942), a General in the Nazi German paramilitary corps and governor of occupied Czechoslovakia.

Conrad of Montferrat, (1192), leader in the Third Crusade.

Alcibiades, (404 BC), Athenian general and politician.

Ephialtes, (461 BC), leader of the radical democracy movement in Athens.

Assassinations of other well-known persons

People who died under suspicious circumstances

Juvénal Habyarimana, (1994), President of Rwanda, and

Cyprien Ntaryamira, (1994), President of Burundi, killed in mysterious plane crash; the resulting political instability led to the genocide in Rwanda and the outbreak of full-scale war in Burundi.”.

Haile Selassie, (1975), Ethiopian emperor, deposed and imprisoned by the military after an eventful reign of over 40 years.

King William II of England, (1100), killed by an arrow while hunting.

Gerald Ford, (two attempts in 1975), President of the United States

Mao Zedong, (1973), Chairman of the Communist Party of China

Franklin Delano Roosevelt, (1933), when President-elect of the United States

Emile Loubet, President of France, (1905 – same attempt as on King Alfonso of Spain, above)

Edward VII of the United Kingdom, as Prince of Wales (1900)