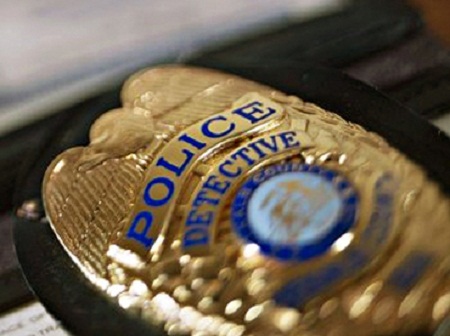 Among the 5 million emails the group Anonymous hacked from the servers of private intelligence firm Stratfor in February, one seems to not only confirm the controversial NYPD surveillance activities uncovered by the Associated Press, but hints at even worse civil liberties violations not yet disclosed. Anonymous later turned the emails over to WikiLeaks, with which Truthout has entered into an investigative partnership.

I keep telling you, you and I are going to laugh and raise a beer one day, when everything Intel (NYPD’s Intelligence Division) has been involved in during the last 10 years comes out – it always eventually comes out. They are going to make [former FBI Director J. Edgar] Hoover, COINTEL, Red Squads, etc look like rank amatures [sic] compared to some of the damn right felonious activity, and violations of US citizen’s rights they have been engaged in.

The description of alleged NYPD excesses was leveled by an unnamed FBI “senior official” in late November 2011, in an email sent to Fred Burton, vice president for intelligence at the Austin, Texas-based Stratfor and former deputy chief of the counterterrorism division at the State Department. Burton  then sent the official’s email to what appears to be a listserv known as the “Alpha List.”

Burton did not identify the senior FBI official in the email he sent to the listserv. He describes him as a “close personal friend,” and claims he “taught him everything that he knows.” He also instructs members of the listserv not to publish the contents of the email and to use it only for background.

Stratfor, in a statement released after some of the emails were made public, said some of the emails “may be forged or altered to include inaccuracies; some may be authentic” but “having had our property stolen, we will not be victimized twice by submitting to questioning about them.”

What’s particularly stunning about the FBI senior official’s description of NYPD Intelligence Division activities, is how he connects them to previous instances when his own agency bent and broke the law in pursuit of intelligence on perceived enemies of the state throughout the 20th century – and concludes the NYPD Intelligence Division’s violations are worse. As Pulitzer Prize-winning author and former New York Times reporter Tim Weiner writes in his new book, “Enemies: A History of the FBI,” the Bureau has been “America’s closest counterpart” to a secret police.

In the email, Burton queried the FBI official to gain a better understanding of why the FBI declined to get involved with a case involving an alleged “lone wolf” terrorist and al-Qaeda sympathizer named Jose Pimentel, a 27-year-old American of Dominican descent, accused of trying to build three pipe bombs to detonate in New York City.

The FBI official responded by describing some turf and relationship issues between NYPD intelligence officials and NYPD and FBI investigators on New York City’s Joint Terrorism Task Force. It appears the FBI senior official was responding to a news story about Pimentel’s arrest published by the far-right leaning Newsmax, headlined “FBI- NYPD Tensions Highlighted in Terror Case,” which was attached to an email Stratfor analysts had sent around the office.

There are two issues with this case (off the record of course).

One is the source (confidential informant) was a nightmare and was completely driving the investigation. The only money, planning, materials etc the bad guy got was from … the source. The source was such a maron [sic], he smoked dope with the bad guy while wearing an NYPD body recorder – I heard in open source [sic] yesterday btw [by the way], he is going to be charged with drug possession based on the tape. Ought to go over very nicely when he testifies against the bad guy, don’t you think?

Issue two is that the real rub is between NYPD Intel, [Intelligence Division] and NYPD – JTTF [Joint Terrorism Task Force], not the FBI per se. The NYPD JTTF guys are in total sync with the Bureau and the rest of the partners who make up the JTTF – I understand there are something like 100 NYPD dics [detectives] assigned to the JTTF. NYPD Intel (Cohen, et al) on the other hand, are completely running their own pass patterns. They hate their brother NYPD dics on the JTTF and are trying to undermine them at every turn. They are also listening to [former CIA official David] Cohen [the head of NYPD’s Intelligence Division] who, near as anybody can tell, never had to make a criminal case or testify in court.

Joint Terrorism Task Forces are FBI-led counterterrorism investigative units that combine federal, state and local law enforcement in an effort to detect and investigate terrorist activity and prevent attacks before they occur. Originally created in the 1980s, the creation of JTTFs nationwide was accelerated after 9-11. Currently, 104 JTTFs operate nationwide and are considered one of the most important assets in the federal government’s muscular counterterrorism architecture.

“The FBI has engaged in widespread spying on the Muslim American community as well, including counting mosques and mapping Muslim neighborhoods, infiltrating mosques with informants, and using the guise of community outreach to spy on Muslim religious and advocacy organizations,” German told Truthout. “But more critically, because the FBI is charged with enforcing the civil rights laws in this country, including violations under color of law.

“This agent suggests the FBI knew the NYPD Intelligence agents were involved in widespread ‘felonious’ activity in violation of Americans’ civil rights, yet the FBI does not appear to have opened a civil rights investigation or done anything to stop this illegal activity.  Our laws are designed to apply equally to protect all of us, including to protect us from illegal police activity. When the FBI abdicates this responsibility, all Americans suffer.”

Responding to the background information from the FBI senior official, Sean Noonan, a “tactical analyst” with Stratfor, wrote in an email sent to the “Alpha List,” “The point that the divide is within NYPD is contradictory to how they would like present it. [sic]. The way the pro-NYPD stories cover it is that NYPD CT/Intel [counterterrorism/intelligence] has successfully gained influence within the JTTF, almost to the point of having infiltrated it.”

German, however, tells Truthout that the rift between the NYPD’s intelligence analysts and NYPD investigators assigned to the FBI’s JTTF, as revealed by the senior FBI official’s email, is consistent with his experience.

“Criminal investigators, like those assigned to the JTTFs, typically find information produced by these intelligence analysts to be useless, whether they’re NYPD intelligence or FBI intelligence,” he said.

And no matter how bad the mutual acrimony between NYPD intelligence analysts and New York City’s JTTF has gotten, German isn’t surprised that the FBI has declined to investigate allegations of the NYPD Intelligence Division breaking the law.

“The FBI didn’t open investigations when it discovered other government agencies engaging in torture and illegal wiretapping either,” he said.

But eventually, the senior FBI official predicts in his email to Burton, the extent of NYPD’s alleged crimes will be revealed.

“As Rush Limbaugh likes to say, ‘don’t doubt me on this,'” he wrote at the end of his correspondence.

Matthew Harwood is a journalist in Washington, DC, and a frequent contributor to the Guardian’s Comment is Free. His writing has appeared in The Washington Monthly, Progress Magazine (U.K.) as well as online at Columbia Journalism Review, CommonDreams, and Alternet. He is currently working on a book about evangelical Christian rhetoric and aggressive US foreign policy. You can follow Matt on Twitter @mharwood31.

Jason Leopold is lead investigative reporter of Truthout. He is the author of the Los Angeles Times bestseller, News Junkie, a memoir. Visit jasonleopold.com for a preview. His most recent investigative report, “From Hopeful Immigrant to FBI Informant: The Inside Story of the Other Abu Zubaidah,” is now available as an ebook. Follow Jason on Twitter: @JasonLeopold.

UN Gun Ban Treaty Leaked – The Elite Are Gunning for your Guns!