Holograms, Black Holes, and the Nature of the Universe 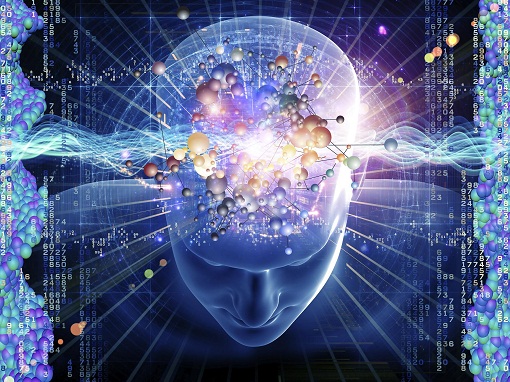 You think you know what holograms are? Think again. Once restricted to credit cards, postcards, and the occasional magazine cover, holograms are taking a great cosmic leap thanks to a new hypothesis called the holographic principle.

This raises a number of questions: If our universe is a holographic projection, then where is the two-dimensional surface containing all the information that describes it? What “illuminates” that surface? Is it more or less real than our universe? And what would motivate physicists to believe something so strange? That answer to the final question has to do with black holes, which turn out to be the universe’s ultimate information-storage devices. But to understand why, we will have to take a journey to the very edge of a black hole.

It doesn’t matter which black hole we choose, because each one looks essentially the same. Only a handful of qualities distinguish them: mass, electric charge, and angular momentum. Once an observer knows these three things about a black hole, he or she knows all that can be known. Whether the black hole contains the remains of a thousand dead stars, or all the lost socks from every Laundromat in the galaxy; whether it is a billion years old or was born yesterday; all of this information is lost and inaccessible in a black hole. No matter what is inside a black hole or how those innards are arranged, a black hole will “look” just the same.

This strange quality give black holes something that physicists call maximal entropy. Entropy describes the number of different ways you can rearrange the components of something—“a system”—and still have it look essentially the same. The pages of a novel, as Brian Greene points out, have very low entropy, because as soon as one page is out of place, you have a different book. The alphabet has low entropy, too: Move one letter and any four-year-old can tell something is wrong. A bucket of sand, on the other hand, has high entropy. Switch this grain for that grain and no one would ever know the difference. Black holes, which look the same no matter what you put in them or how you move it about, have the highest entropy of all.

Entropy is also a measure of the amount of information it would take to describe a system completely. The entropy of ordinary objects—people, sand buckets, containers of gas—is proportional to their volume. Double the volume of a helium balloon, for instance, and its entropy will increase by a factor of eight. But in the 1970s, Stephen Hawking and Jacob Bekenstein discovered that the entropy of a black hole obeys a different scaling rule. It is proportional not to the black hole’s three-dimensional volume but to its two-dimensional surface area, defined here as the area of the invisible boundary called the event horizon. Therefore, while the actual entropy of an ordinary object—say, a hamburger—scales with its volume, the maximum entropy that could theoretically be contained in the space occupied by the hamburger depends not on the volume of the hamburger but on the size of its surface area. Physics prevents the entropy of the hamburger from ever exceeding that maximum: If one somehow tried to pack so much entropy into the hamburger that it reached that limit, the hamburger would collapse into a black hole.

The inescapable conclusion is that all the information it takes to describe a three-dimensional object—a black hole, a hamburger, or a whole universe—can be expressed in two dimensions. This suggests to physicists that the deepest description of our universe and its parts—the ultimate theory of physics—must be crafted in two spatial dimensions, not three. Which brings us back to the hologram.

Theorists were intrigued by the idea that a parallel set of physical laws, operating in fewer dimensions, might be able to fully describe our universe. But probing that idea mathematically for our own universe was too daunting, so physicists began with a “toy” universe that is much simpler than the universe we live in: a universe with four spatial dimensions plus time, curved into the shape of a saddle. In 1997, the theoretical physicist Juan Maldacena showed that the mathematical description of this universe was identical to the description of a different kind of universe, one with three spatial dimensions, one time dimension, and no gravity. Maldacena’s discovery was the first concrete realization of the holographic principle, and it also made work easier for theorists, who now had two approaches available for every tricky math problem: They could choose to express the problem in the mathematics of the five-dimensional, gravitating universe, or they could opt for the four-dimensional, gravity-free version.

None of this adds up to “proof” that we are living in a hologram, but it does contribute to a body of circumstantial evidence suggesting that the laws of physics may in fact be written in fewer dimensions than we experience. That, combined with the mathematical utility of the holographic principle, is motivation enough for many physicists. The other questions with which we began this journey—Where is the surface on which our universe is inscribed? What illuminates it? Is one version of the universe more “real” than the other?—are still unresolved. But if the holographic principle is right, we may have to confront the notion that our universe is a kind of cosmic phantom—that the real action is happening elsewhere, on a boundary that we have not yet begun to map.

In a parallel universe, Kate Becker is senior researcher for NOVA and NOVA scienceNOW, a blogger for Inside NOVA, and a fiercely competitive bracketologist. In this universe, she is your host here at The Nature of Reality, and it is her mission to blow your mind with physics. Kate studied physics at Oberlin College and astronomy at Cornell University. You can also follow her on Twitter and Facebook.

Scientific American: The Holographic Principle
A brief introduction to the holographic principle.

University of California Television: The World as a Hologram
In this video, theoretical physicist Raphael Bousso provides an introduction to the holographic principle.