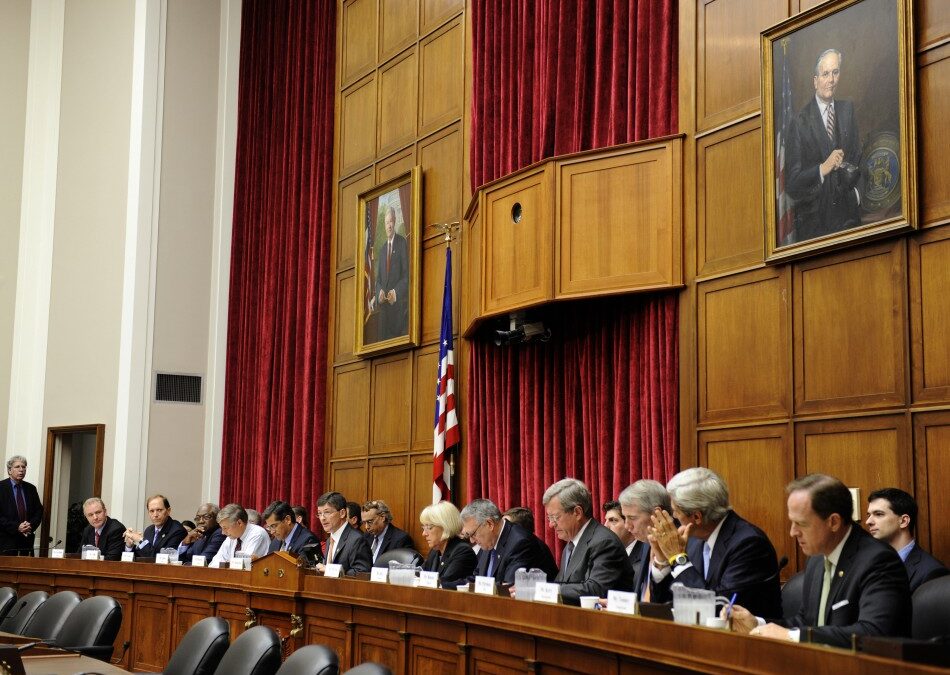 The concentration of elite legislative power in America is well under way today as the new “supercommittee” is working on an end-run around Congress to put together a “secret farm bill” that would prop up failed agricultural policies with yet more billions in taxpayer dollars.

The “supercommittee” is the newly-formed (and utterly illegal) committee of 12 members of Congress who engineer new debt-related legislation that’s only allowed an up or down vote by the full Congress. This bypasses the traditional debate process by elected representatives, effectively concentrating the power to shape laws in the hands of a mere dozen members of Congress. The very structure is elitist from the start, and it directly contradicts the United States Constitution.

Because the committee concentrates yet more power in the hands of the few, it is being heavily lobbied by various groups and industries that want more government handouts. The farming industry, of course, is lined up at the trough of government slop just like everyone else, and this secret farm bill could cost taxpayers billions of dollars in government subsidies that are tied to commodities prices (which are extremely volatile and could unexpectedly rise).

Bypassing representatives to concentrate power with the elite

What this latest move demonstrates is that the supercommittee will now be used as a way to bypass the rest of Congress with yet more bloated government spending legislation that puts America further into a debt hole that increasingly appears to be headed toward total financial collapse.

That this is all being done without open debate in Congress, and without any public scrutiny of the actions of the 535 members of Congress is yet another disturbing sign that the very fabric of power in America is being deliberately destroyed and re-concentrated into the hands of the few — the “global elite” who now consider themselves kings who rule over the slave masses.

Of course, the ultimate farm bill for America would be the legalization of industrial hemp farming — a move that would unleash a whole new era of agricultural abundance across the nation.

Presently, the USA imports thousands of tons of hemp products each year from Canada, China and other countries. These products include hemp seeds, hemp fibers, hemp clothing and hemp oils. Why on earth is it illegal for U.S. farmers to grow these products when we import them from Canada anyway?

If anybody in Washington could pull their head out of the clouds, they would legalize hemp farming for American farmers. So instead of farmers earning pennies a bushel for growing corn or soybeans, they could earn dollars a bushel for growing hemp. This would put hundreds of millions of dollars back into the economy and create new jobs in farming, agriculture and hemp products. Legalizing hemp farming is the ultimate “jobs bill.”

Better yet, hemp grows without pesticides and requires little to no chemical fertilizers, either. It’s environmentally friendly, it makes money for farmers, and the demand for hemp products is absolutely huge.

The U.S. Constitution is written on hemp. Sails and ropes from the ships that brought America’s original explorers were made out of hemp, and the earliest renditions of the U.S. flag itself were also made out of hemp. Ever wonder why? Because hemp lasts! It’s more rugged than cotton and far easier to grow and harvest.

So why isn’t hemp legal in America? And why is the supercommittee in Congress secretly scheming behind closed doors to spend even more taxpayer money propping up a failed agricultural subsidy system that traps farmers in financial slavery while denying them the freedom to grow a crop that’s just begging to be met with additional supply?

The answer is simple: Because the U.S. government doesn’t want Americans to have economic freedom! And the DEA, in particular, doesn’t want to give up its tyrannical power over everything related to marijuana.

Yet another reason to rise up against tyranny and government oppression

If the People of America are to have any hope of restoring their freedom to farm, freedom to garden, and freedom to consume plant-based medicine, they are going to have to take those freedoms back (with protests and Free Speech, not with violence) and remind the government that it has no right to tell the People what they can or cannot grow on their own land, with their own hard work.

Heck, the U.S. military is in Afghanistan right now helping the locals grow heroin crops! This is on the record. It was openly reported on Fox News by Geraldo Rivera. Watch the video report here:

So why is the U.S. government guardian opium farms in Afghanistan while criminalizing industrial hemp farming in America?

Because Washington is insane, of course. Agricultural policies are set not to help the American farmer, but to centralize power in Washington and either criminalize or financially enslave as many American citizens as possible. It’s all about stripping power away from the People and delivering it to the hands of the few.

Once again, the only man who takes a consistent stand against all this insanity is Rep. Ron Paul. If you support the legalization of hemp farming, the legalization of food freedom and the ending of the ludicrous “war on drugs” and all the millions of innocent people rotting in our prisons today for merely growing and selling a medicinal plant, then your only logical candidate is Ron Paul.