InfoGraphic: Where Does Gitmo Fit In? The Long, Winding History of Prison Camps 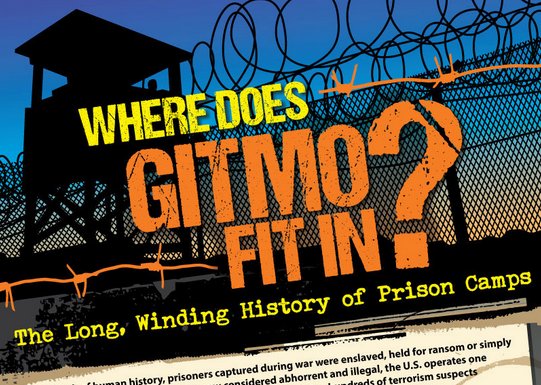 The history of prison camps dates way back to the dawn of time, with victorious battles leading to enslavement and eventual death for the defeated. In the middle ages, these practices moved to trades and ransoms. From those ancient times until now, civilizations have battled on how to properly treat prisoners of war, and Gitmo is no different. www.infographicworld.com has created an infographic exploring the history of prisoners of war, along with the present conditions – and the future – of Gitmo.

Gitmo has a sordid history, which was brought prominently into light after the September 11th attacks. Gitmo is a financial hog, costing $454 million in 2013 alone. Since 2002, the naval station has amassed over $5 billion in total costs to the U.S. Since 2002, 779 prisoners have been held at Gitmo, costing $3 million per prisoner per year.

From political lines, to the overall public perception of the prison, this infographic from www.infographicworld.com covers everything you need to know about Gitmo.

Imran Khan Detained and ‘Interrogated Over Drone Views’ by US immigration

The Media Is Focusing On the WRONG Senate Torture Report