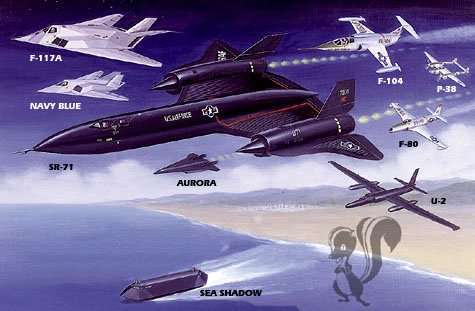 Too big to fail?

That’s been the key question asked of Wall Street’s biggest banks since the September 2008 collapse of Lehman Brothers, which sent shock waves through the global financial system and led to the worst recession this country has seen since the Great Depression.

But, there is another firm far from the circles of Wall Street for which that same question should be asked, says William Hartung, author of the new book Prophets of War. The subtitle of his book says it all: Lockheed Martin and the Making of the Military-Industrial Complex.

With $40 billion in annual revenue, Lockheed Martin is the single largest recipient of U.S. tax dollars. The company receives about $36 billion in government contracts per year.   In 2008, $29 billion of that was for U.S. military contracts – a dollar figure 25% higher than its competitors Boeing Co. and Northrop Grumman.

What does that mean for you, the U.S. taxpayer? According to Hartung, each taxpaying household contributes $260 to Lockheed’s coffers each year!

All evidence enough that the company is “too big to fail”, as Hartung tells Aaron in the accompanying clip.

A prime example of Washington looking out for Lockheed happened just last year when debate ensued over whether to continue the company’s grossly expensive F-22 stealth fighter program, says Hartung, who has covered the defense industry for years and is also the director of the Arms and Security Initiative at the New America Foundation.

The Pentagon eventually did suspend funds terminating Lockheed’s development of the F-22 Raptor, which has been the most costly fighter plane ever.  But, at the same time the U.S. Defense Department cut off funds for the F-22, it added an additional $4 billion to the Lockheed’s F-35 fighter plane program. The government “basically took with one hand and gave back [to Lockheed] with the other,” says Hartung of a company that is the only major contractor of fighter planes for the U.S. Airforce.

Warning from the past

By now you might be wondering where the defense contractor’s remaining $7 billion in government contract goes. “They have got their fingers everywhere now,” Hartung tells Aaron. As outlined in his book, Lockheed does way more than produce military aircraft and weaponry. From the U.S. Census Bureau to the U.S. Postal Service to the Internal Revenue Service, “pretty much name a government agency and they are involved,” he says.

Despite Lockheed sheer size, its stronghold on so many government agencies is evidence enough that the company is “too big to fail.” “If the government becomes so dependent on [Lockheed], for many different activities it will be hard to hold them accountable if they underperform or if there is some sort of whiff of scandal.”

Bigger may not be better, but it’s working

Hartung’s scathing criticism of Lockheed Martin comes from his belief that “they have not done the job well, often enough,” pointing to decades of cost overruns, a corporate history littered with corruption scandals and the fact that the company was one of the first ever to receive a federal bailout back in the 1970s.

When it comes down to it, Lockheed’s dominance – even with what some might call a checkered past – has much to do with the company’s ability to influence those in power, says Hartung.  In 2009, it spent nearly $15 million on campaign contributions and lobbying fees — the second highest amount for defense contractors.

Another key factor that has helped the defense contractor secure the most U.S. military contracts is the company’s ability to exploit the revolving door between Washington, the industry and itself, says Hartung.  Not only has this led to the company having strong influence over those who hold the U.S. government’s purse stings, many who are former Lockheed employees or board members, it has allowed the company to influence foreign policy decisions like pressing for war with Iraq.

In the publicity notes for the book, Hartung claims “Lockheed Martin has also funded right-wing think tanks that have done everything from press for war with Iraq to lobby for the “Star Wars” missile defense program.” He tells Aaron that they are using these think tanks to make the points that are “embarrassing to make themselves.”

Hartung acknowledges that “we need companies like Lockheed Martin to defend the country,” but he says that a lot more can be done to regulate the industry by setting “stricter accountability rules.”