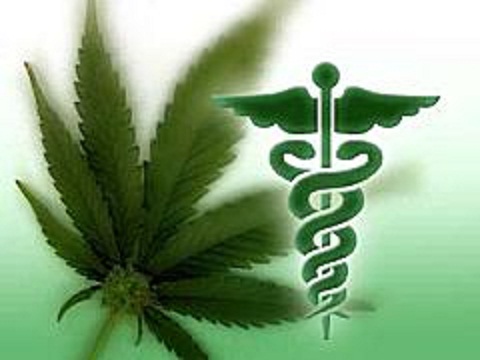 The cannabinoid compounds naturally found in many varieties of cannabis, also known more commonly as marijuana, may help children with autism spectrum disorders experience dramatic behavioral improvements, and potentially even full recovery from their symptoms. These are the findings of a new study published in the journal Nature Communications that help reinforce the growing body of evidence which shows that medicinal cannabinoids hold incredible potential in both treating and potentially curing chronic illness.

Daniele Piomelli from the University of California, Irvine (UCI) and her colleague Olivier Manzoni from Inserm, a French research agency, observed that marijuana cannabinoids are very closely related to the endocannabinoid transmitters naturally found in the brain that facilitate the transport of electrical signals between neurons. Known as 2-AG, these transmitters are responsible for regulating a whole host of important bodily processes, which include things like telling the body when it is hungry or when it is experiencing pain.

Children with autism spectrum disorders; however, including those who developed these disorders as a result of Fragile X syndrome, which is said to be the most commonly-known genetic cause of autism, often have poorly or non-functioning 2-AG, which necessitates chronic synaptic failure in the brain. Many children with Fragile X-induced autism end up becoming mentally disabled as a result of this synaptic failure, and have trouble developing basic motor skills like walking and talking, or learning how to behave in various social situations.

But taking marijuana cannabinoids, which as we pointed out in an earlier article are not psychoactive in the same way that tetrahydrocannabinol (THC) is (http://www.naturalnews.com/035759_cannabis_juicing_health.html), can help effectively block the enzymes that inhibit the proper function of 2-AG. In essence, marijuana cannabinoids essentially restore synaptic communication by feeding an ailing body the cannabinoids it lacks, which are absolutely vital for proper cell function and communication.

“Endocannabinoid compounds are created naturally in the body and share a similar chemical structure with THC … (and) are distinctive because they link with protein molecule receptors — called cannabinoid receptors — on the surface of cells,” explains the UCI report. “Because the body’s natural cannabinoids control a variety of factors — such as pain, mood and appetite — they’re attractive targets for drug discovery and development.”

Though the researchers were quick to deny that cannabinoids hold any potential at actually curing autism, which more than likely was a politically-motivated denial rather than a factual admission, other research and actual case studies suggest that cannabinoid compounds are, indeed, powerful enough to mitigate many or all of the symptoms associated with autism, as well as many other diseases.

“Sam’s Story,” for instance, explains how one young boy with severe autism symptoms experienced dramatic improvements as a result of his parents giving him medical cannabis (http://www.letfreedomgrow.com/cmu/SamsStory.htm). Another young boy named Joey has also responded incredibly well to treatments with medical cannabis which, unlike pharmaceutical drugs, does not elicit any harmful side effects. (http://abcnews.go.com)

The group Cannabis International has also been conducting extensive research into medical marijuana, and particularly the non-psychoactive cannabinoid compounds found abundantly in many cannabis strains that have exhibited powerful benefits in treating autoimmune disorders, chronic inflammatory conditions, cellular and neurological dysfunction, and cancer, among others:
http://www.naturalnews.com/035759_cannabis_juicing_health.html